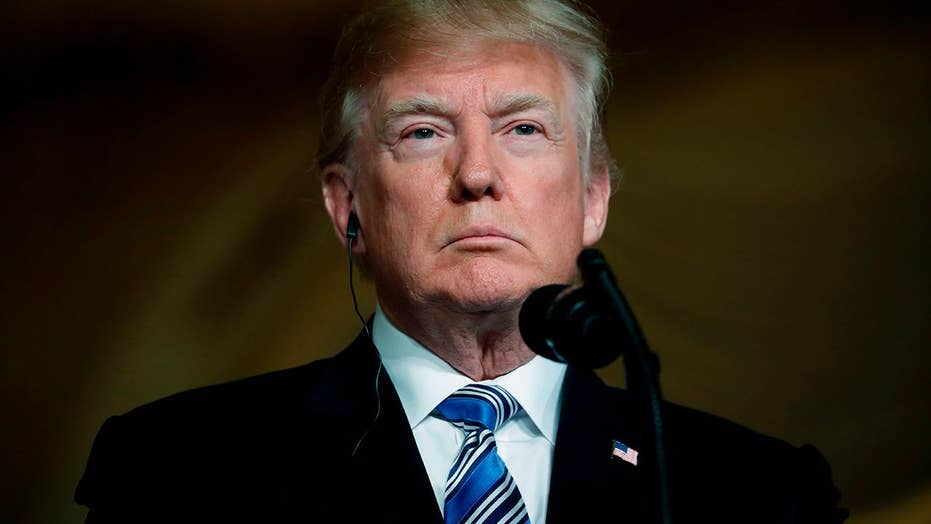 Democratic National Committee file a lawsuit over an alleged conspiracy to interfere with the 2016 election; Garrett Tenney reports.

President Trump on Sunday dismissed comments by NBC News’ Chuck Todd suggesting that the United States is getting steamrolled in negotiations with North Korea over the rogue nation halting its nuclear weapons program, saying, “We haven’t given up anything.”

“Sleepy Eyes Chuck Todd of Fake News NBC just stated that we have given up so much in our negotiations with North Korea, and they have given up nothing,” Trump tweeted. “Wow, we haven’t given up anything & they have agreed to denuclearization (so great for World), site closure, & no more testing!”

Trump was referring to Todd, the moderator of NBC’s “Meet the Press,” saying Sunday that North Korean leader Kim Jong Un has yet to make an official “pledge” to denuclearize and has yet to release hostages, likely referring to roughly 30 foreigners detained in the country, including about a dozen Americans.

“He’s done everything temporary,” Todd said before asking White House Director of Legislative Affairs Marc Short, “We've given him the meeting … huge gift. What have we gotten in return?”

In recent weeks, Kim has said he’s open to meeting with Trump and that he would suspend his country’s pursuit of a nuclear weapon, including missile testing.

“We are a long way from conclusion on North Korea, maybe things will work out, and maybe they won’t -- only time will tell. ... But the work I am doing now should have been done a long time ago!” Trump also tweeted Sunday.

A one-on-one meeting between Trump and Kim, if agreed upon, would likely take place later in late spring or early summer, with several locations still being discussed.

Short on Sunday also told Todd that getting Kim to stop testing is an unprecedented concession from the North Korean leader, but that Trump and the rest of the administration are nevertheless expressing “cautious optimism” about Kim doing what he says he’ll do.

“You’ve heard the president say many times that we are going to keep up maximum pressure,” Short said. “We’re not going to stop until North Korea is denuclearized. The president has said we can have a meeting but also said, 'I can walk away from table.' "