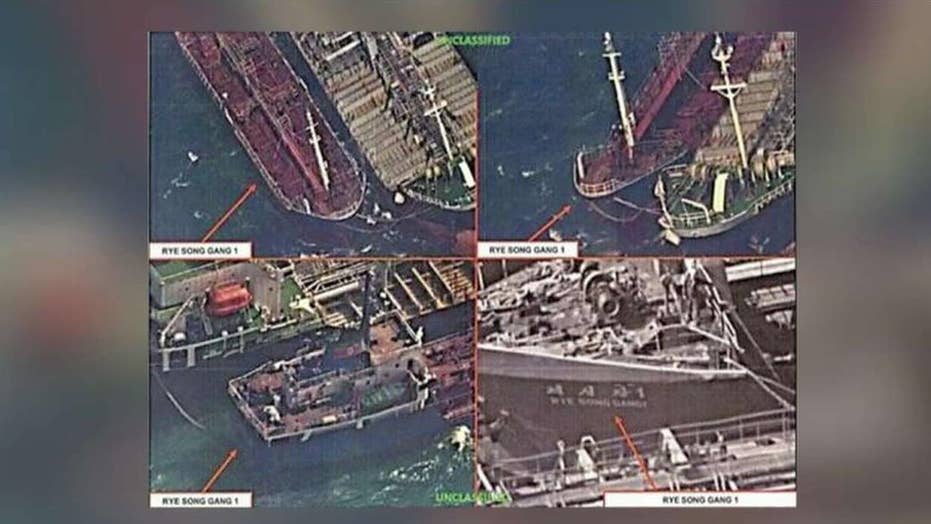 President Trump slammed China on Thursday over the country’s reported illegal oil sales to North Korea, saying they’ve been caught “RED HANDED” and warning such incidents could diminish the odds of a “friendly solution” for Pyongyang.

“Caught RED HANDED - very disappointed that China is allowing oil to go into North Korea. There will never be a friendly solution to the North Korea problem if this continues to happen!” Trump tweeted, while on a holiday break in Florida.

The U.S. Treasury in November also sanctioned North Korea’s Maritime Administration and its transport ministry, in addition to six North Korean shipping and trading companies and 20 of their vessels, in an effort to block the rogue regime’s transportation networks.

The satellite images appear to identify the ships. One of them — Rye Song Gang 1, seen “connected to a Chinese vessel” — was included in the Nov. 21 sanctions as a vessel of Korea Kumbyol Trading Company possibly transferring oil to evade sanctions.

While Russia exports some oil to North Korea, China is the main source of oil for the rogue nation, according to Reuters. However, the country’s records reportedly showed it exported no oil products to the North during the month of November. It was reportedly the second consecutive month China didn't export diesel or gasoline to North Korea.

NORTH KOREA CALLS UN SANCTIONS 'AN ACT OF WAR,' 'RIGGED UP BY THE US'

A government source told the South Korean newspaper that, "We need to focus on the fact that the illicit trade started after a UN Security Council resolution in September drastically capped North Korea's imports of refined petroleum products."

Fox News’ Nicolle Darrah and The Associated Press contributed to this report.