President Trump on Wednesday insisted that the nation does, in fact, have “Obama judges,” the latest remarks in the back-and-forth disagreement over the matter with Supreme Court Chief Justice John Roberts.

“Sorry Chief Justice John Roberts, but you do indeed have ‘Obama judges,’ and they have a much different point of view than the people who are charged with the safety of our country,” Trump tweeted.

“It would be great if the 9th Circuit was indeed an ‘independent judiciary,’ but if it is why are so many opposing view (on Border and Safety) cases filed there, and why are a vast number of those cases overturned,” Trump continued. “Please study the numbers, they are shocking. We need protection and security - these rulings are making our country unsafe! Very dangerous and unwise!”

Earlier Wednesday, Roberts rebuked previous comments made by the president this week. Trump had described a judge who ruled against a new migrant asylum policy as an “Obama judge.”

Roberts contended that there was no such thing as “Obama judges or Trump judges, Bush judges or Clinton judges.”

“What we have is an extraordinary group of dedicated judges doing their level best to do equal right to those appearing before them,” he said in a statement.

Late Monday, U.S. District Judge Jon S. Tigar, who was nominated by President Obama in 2012 to the U.S. District Court for the Northern District of California, issued a temporary restraining order against Trump's plan to refuse asylum to immigrants who cross the southern border illegally if they do not arrive at a port of entry. 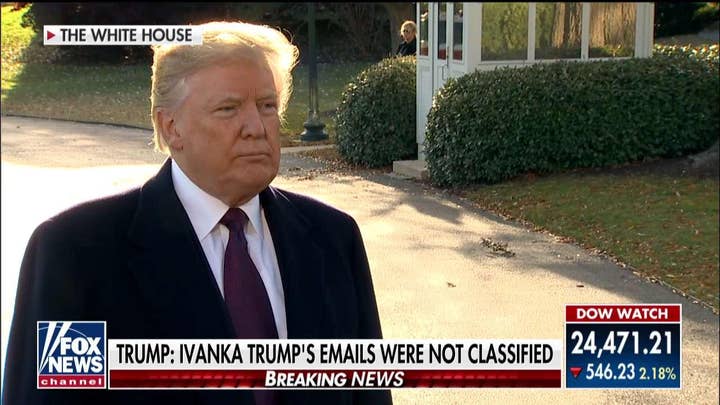 The following day, the president slammed the Ninth Circuit Court of Appeals as “a disgrace.”

Trump took aim at Tigar in his Tuesday comments and said he believed his administration would win an appeal in the case at the Supreme Court.

"This was an Obama judge, and I'll tell you what, it's not going to happen like this anymore," Trump said. "Everybody that wants to sue the U.S. -- almost -- they file their case in the Ninth Circuit, and it means an automatic loss. No matter what you do, no matter how good your case is. And the Ninth Circuit is really something we have to take a look at because it's not fair."

In a follow-up tweet, Trump discussed the approaching caravan of Central American migrants and said there were "a lot of CRIMINALS" within the group.

"We will stop them. Catch and Detain!" Trump tweeted. "Judicial Activism, by people who know nothing about security and the safety of our citizens, is putting our country in great danger. Not good!"

Fox News’ Andrew O’Reilly and Gregg Re contributed to this report.