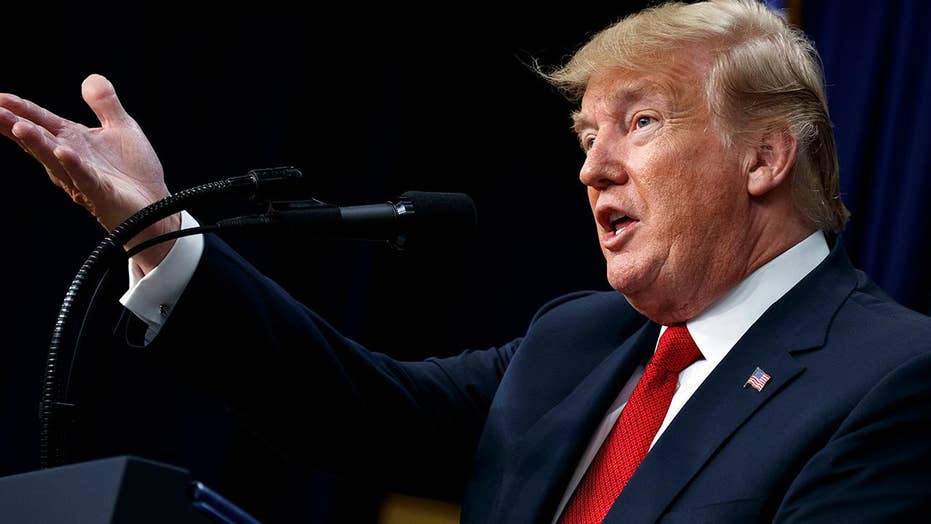 President Trump directed to Pentagon to create a new branch of the military: the Space Force.

President Trump on Tuesday formally directed the Department of Defense to draft legislation creating a so-called Space Force within the U.S. Air Force – in a bid to launch the first new branch of the military in more than 70 years.

Officially known as Space Policy Directive 4 (SPD-4), the directive would put Trump’s Space Force on similar ground as the U.S. Marine Corps, which is part of the Navy, but stipulates that it could become its own separate department in the future. Cost details are expected to be included in the 2020 budget proposal Trump sends Congress next month.

"The United States considers freedom to operate in space a vital national interest, one that is fundamental to our prosperity and security," Chief Pentagon Spokesperson Charles E. Summers Jr., said in a statement provided to Fox News. "With Space Policy Directive-4, President Trump is posturing the United States to compete, deter, and win in a complex multi-domain environment characterized by great power competition."

The directive was developed by the National Space Council alongside members of the Pentagon, Joint Chiefs of Staff, Office of the Director of National Intelligence, National Security Council, Office of Management and Budget, and the White House Counsel's Office.

Space Force will also be represented on the Joint Chiefs of Staff and overseen by an Air Force undersecretary for space.

“There are 1,000 decisions that have to be made to be able to work out the intricate details of how we move forward, how we establish a service within the Department of the Air Force,” said Gen. David Goldfein, chief of staff of the U.S. Air Force at the Washington think-tank Brookings Institution Tuesday .

The proposal, which still would need congressional approval, comes just over two months after Trump signed a memorandum getting the process started.

It would follow the U.S. Space Command, which existed from 1982 to 2002 but was moved under U.S. Strategic Command after the 9/11 attacks.

MARS 'TERROR,' FUTURE MOON MISSIONS AND AN EPIC JOURNEY TO THE SUN: 2018'S YEAR IN SPACE

The biggest question now surrounding the space force is: What would it actually do?

The last time a new branch of the military was created was in 1947, when the National Security Act created the Air Force in the wake of World War II.