President Trump said Friday that a high-stakes summit between him and Kim Jong Un is back on for June 12, following a lengthy meeting with a top North Korean official in the Oval Office.

“We'll be meeting on June 12 in Singapore," the president told reporters after the North Korean emissary left the White House.

He called Friday's meeting with North Korea's Kim Yong Chol a "great start." Trump confirmed that the visiting official gave him a personal letter from dictator Kim Jong Un, though he hadn't yet read it.

Trump spoke to reporters after an extraordinary scene played out on White House grounds, with Trump hosting the North Korean official for over an hour in the Oval Office -- the latest gesture in an effort by both sides to get talks back on track after North Korea's belligerent rhetoric prompted Trump to nix the summit last week.

Trump said the meeting was supposed to just be about "the delivery of a letter" but ended up being a lengthy conversation with the "second most powerful man in North Korea."

“We talked about a lot of things," Trump said. "We really did. But the big deal will be on June 12.”

After the meeting, Trump and Secretary of State Pompeo were seen taking photos with the visitors. 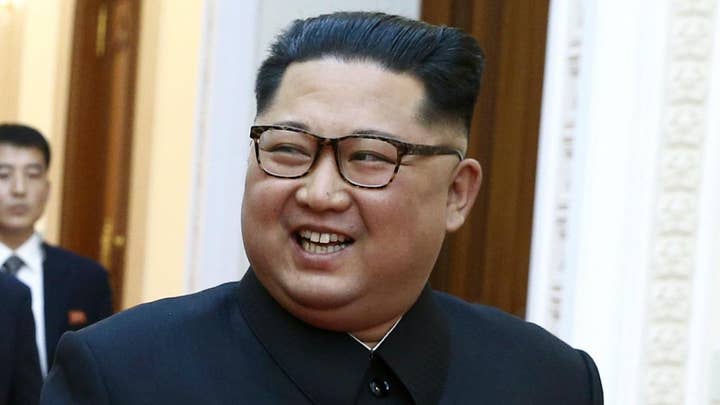 Kim Yong Chol is the most senior North Korean visitor to the United States since Vice Marshal Jo Myong Rok visited Washington in 2000 to meet President Bill Clinton. He is North Korea's former military intelligence chief and is one of the North Korean leader's closest aides.

TRUMP-KIM SUMMIT, FROM THE INVITATION TO THE CANCELLATION: A TIMELINE

The official's arrival in Washington came a day after Pompeo declared that he was confident negotiations with Pyongyang over holding a nuclear summit were "moving in the right direction."

Kim Yong Chol allowed into US despite name on sanctions list

"Our two countries face a pivotal moment in our relationship, and it would be nothing short of tragic to let this opportunity go to waste," Pompeo said in New York after meeting with Kim.

The two countries, eyeing the first summit between the U.S. and the North after six decades of hostility, have also been holding negotiations in Singapore and the demilitarized zone between the two Koreas.

Kim Yong Chol left his hotel in New York City early Friday for the trip to Washington in a convoy of SUVs. Pompeo, the former CIA chief who has traveled to North Korea and met with Kim Jong Un twice in the past two months, said he believed the country's leaders are "contemplating a path forward where they can make a strategic shift, one that their country has not been prepared to make before."

Fox News’ John Roberts and Serafin Gomez and The Associated Press contributed to this report.