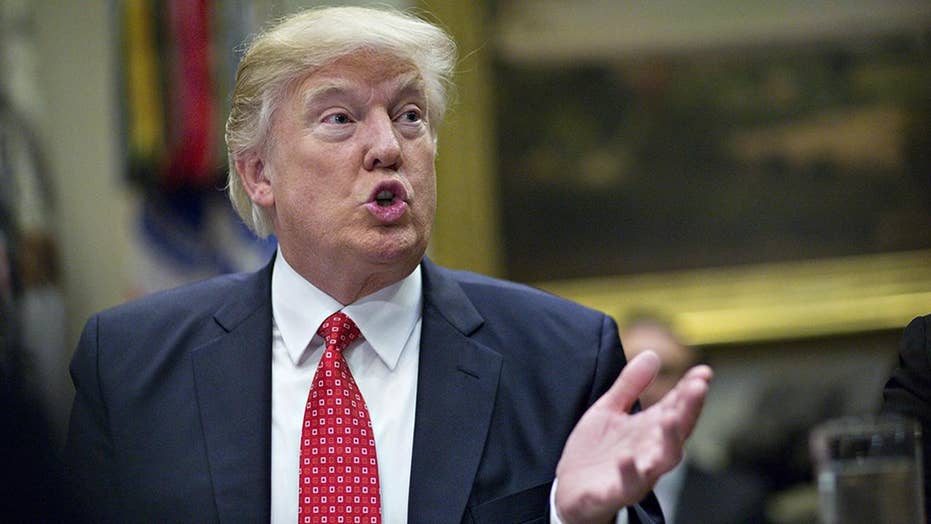 President Trump tweets that he will give State of the Union after shutdown is over after House Speaker Nancy Pelosi blocks him from delivering the speech from the House of Representatives.

President Trump announced on Twitter late Wednesday that he will deliver a "great" State of the Union address after the partial government shutdown is over, ending a tense day in Washington where Republicans criticized House Speaker Nancy Pelosi for blocking the president from giving the speech.

Pelosi told Trump that the House won’t approve a resolution allowing him to come to Capitol Hill until the government reopens.

Trump said he is not going to look for an alternative venue due to the long tradition of the speech being delivered in the chamber of the House of Representatives.

Pelosi told Trump in a letter Wednesday that the Democratic-controlled House would turn down a measure for him to deliver the speech. Trump slammed Pelosi and called the decision a "great blotch on the country that we all love."

White House officials told Fox News they were preparing for two tracks for next week's speech. The preferred track is an address at the Capitol. The second track is a backup plan for a speech outside of Washington, D.C.

“There is no venue that can compete with the history, tradition and importance of the House Chamber,” he tweeted. “I look forward to giving a “great” State of the Union Address in the near future!”

Pelosi responded to Trump's announcement with a tweet of her own. She said she hopes that "the near future" means that he is willing to support the "House-passed package" to end the shutdown that is affecting about 800,000 federal workers.

"Please accept this proposal so we can re-open government, repay our federal workers and then negotiate our differences," she wrote.

House Democrats were prepared to possibly give Trump the $5.7 billion he wanted for security measures at the border with one caveat: The funds were not for a wall, The New York Times reported.

This year's State of the Union address had been scheduled for Jan. 29.