President Trump on Wednesday said he will request that both Democratic presidential nominee Joe Biden and himself take drug tests before the first presidential debate in September – making the inflammatory claim that he believes that Biden’s improvement during the Democratic primary debates was the result of drugs.

Trump offered no evidence to support his claims nor did he say what drug he thought Biden was taking, but he argued that Biden showed a marked improvement during the March 15 debate between himself and Sen. Bernie Sanders, I-Vt., compared to previous ones.

“We are going to call for a drug test,” Trump said during an interview in the Oval Office with the Washington Examiner’s Byron York. “It wasn't that he was Winston Churchill, because he wasn't, but it was a normal, boring debate. You know, nothing amazing happened.”

Trump continued: "I don't know how he could have been so incompetent in his debate performances and then all of a sudden be OK against Bernie."

When pressed for any evidence to support his claim that Biden had taken a drug to improve his debate performance, Trump said he had none and that his theory was based purely on his own observations.

"All I can tell you is that I'm pretty good at this stuff," he said. "I look. I watched him in the debates with all of the different people. He was close to incompetent, if not incompetent. And against Bernie he was normal."

He added: “And I say, how does that happen?" 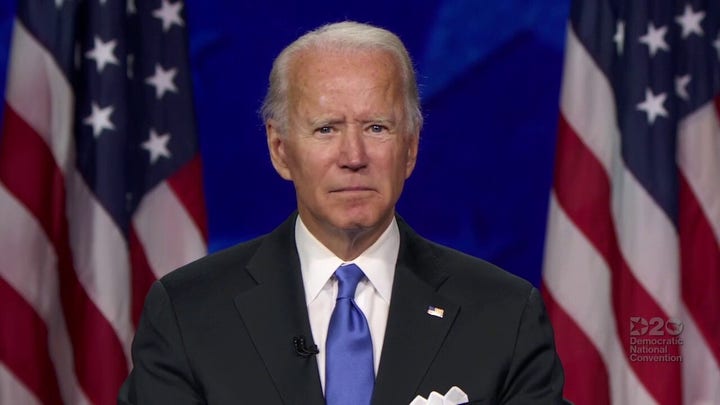 The Biden campaign dened that the former vice president was any drugs during the debates and blasted Trump as a liar.

"We know it’s unbelievable to Donald Trump, but Joe Biden can speak honestly without a shot of truth serum," Andrew Bates, a spokesperson for Biden's campaign, told Fox News. "We’d like to see Trump do the same."

The early months of Biden’s third White House bid were marked by uneven debate performances and winding town halls in Iowa and New Hampshire. The floundering led to numerous stories about Biden’s gaffes and near constant attacks from Trump about Biden’s mental fitness.

Since then, however, the former vice president has drawn praise for both his performance against Sanders in March and, more recently, for his speech at last week’s Democratic National Convention. Some political strategists argue that Biden’s speech, which drew praise from both liberals and conservatives commentators, was helped by Trump’s attacks as it reduced expectations.

“For 24 minutes, every American who watched it escaped our current reality and was imagining a world without Donald Trump. And that alone made it a good speech,” said Rick Tyler, a Republican strategist and outspoken critic of the president.

Biden has long been famous for verbal missteps beyond any stutter, a point the Trump campaign has zeroed in on in viral videos and memes. This campaign cycle, he’s referred to Vermont when he’s in New Hampshire and said that any Black American voting for Trump “ain’t Black.” The catch-all explanation from Biden allies is that he’s “authentic.” 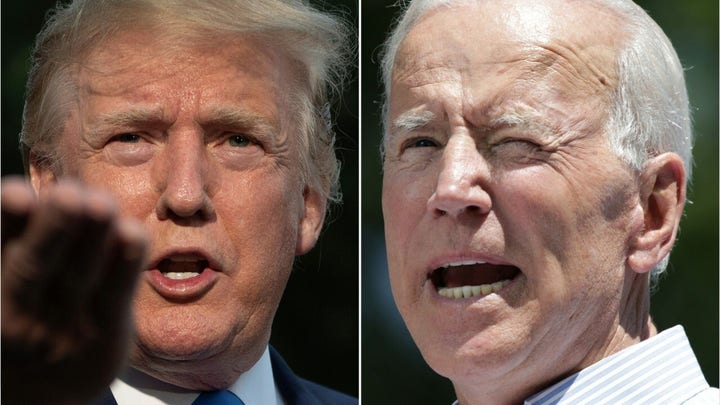 Trump, 74, himself has stumbled through some of his own interviews recently, bragging to Fox News that he had passed a physician’s cognition test meant to flag signs of dementia in older patients. Days later, Trump repeatedly misrepresented the U.S. response to the COVID-19 pandemic and the spread of the virus in an interview with Axios. Nonetheless, the president boasted to Fox News anchor Chris Wallace that Biden couldn’t endure the pressures of such interviews.

“Let Biden sit through an interview like this. He’ll be on the ground crying for Mommy,” said Trump, who like Biden speaks in notably different clips than he did when he was younger.