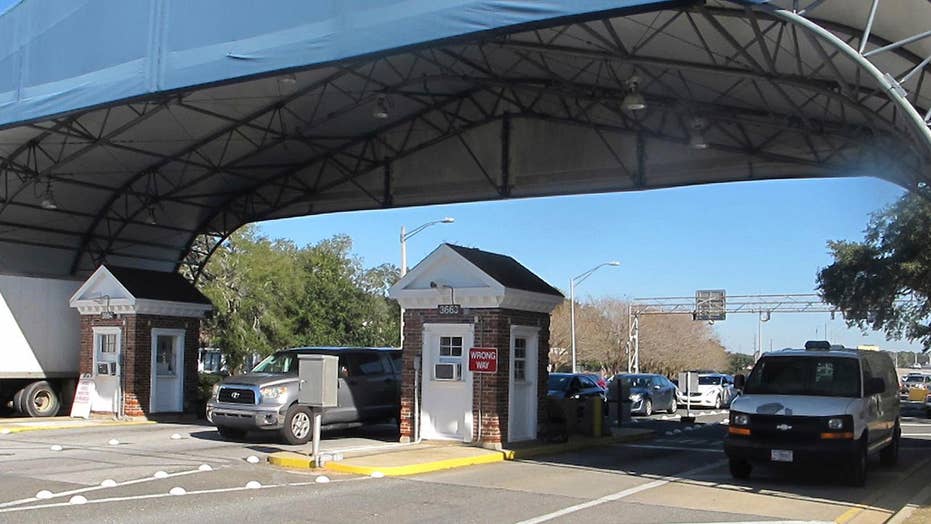 US official says the Florida Naval station shooting suspect was a Saudi national and authorities are investigating if the shooting was terrorism-related; Phil Keating reports.

President Trump said Friday that King Salman of Saudi Arabia had called him to “express sincere condolences” and said Saudis are “greatly angered by the barbaric actions of the shooter.”

A gunman from Saudi Arabia opened fire Friday morning at Naval Air Station (NAS) Pensacola in Florida, killing three people. The gunman, whom an official told Fox News has been identified as Mohammed Saeed Alshamrani, was an aviation student there. He was then fatally shot by officers.

“King Salman of Saudi Arabia just called to express his sincere condolences and give his sympathies to the families and friends of the warriors who were killed and wounded in the attack that took place in Pensacola, Florida,” Trump said.

“The King said that the Saudi people are greatly angered by the barbaric actions of the shooter, and that this person in no way shape or form represents the feelings of the Saudi people who love the American people,” he added.

“The government of Saudi Arabia needs to make things better for these victims," DeSantis, who said he had spoken to President Trump about the shooting, told reporters during a news conference Friday afternoon. "They are going to owe a debt here given that this is one of their individuals.”

“Anyone who serves in the Navy knows that this is a special place, Naval Air Station Pensacola," DeSantis added. "All these brave warriors who wear the wings, they come through here for flight training. And so this is a dark day for a very great place."

The majority of the hundreds of students who have participated in the program are of Saudi origin, according to the Navy.

The Saudi shooter wielded a handgun -- even though firearms are not permitted at the base -- before he was taken out by a pair of officers. Two were killed at the scene and one died while being rushed to the hospital. Seven others, including the two officers, suffered injuries and are being treated at a local hospital. One of the officers was shot in the arm and the other in the knee, but both are expected to survive.

Sources told Fox News that Alshamrani was "early" in his training and in the classroom phase at the beginning of what is a three-month program.

Saudis have received training at the Pensacola site since the 1970s. There are usually around 20 at a time in any given class, often from the royal family, which has created some tension over the years, putting pressure on officials to pass pilots through the training program in an attempt to preserve diplomacy with the U.S. ally. Many US military pilots have complained that some of the Saudi pilots are not safe.

Security was tightened at the base four or five years ago: the front gate is closed to civilians; it would take them about 45 minutes to get through security. However, not every car is always checked.

Officials have not confirmed the name of the shooter.

The tragedy came just two days after a sailor shot two people and injured another at Pearl Harbor Naval Shipyard before turning the gun on himself.