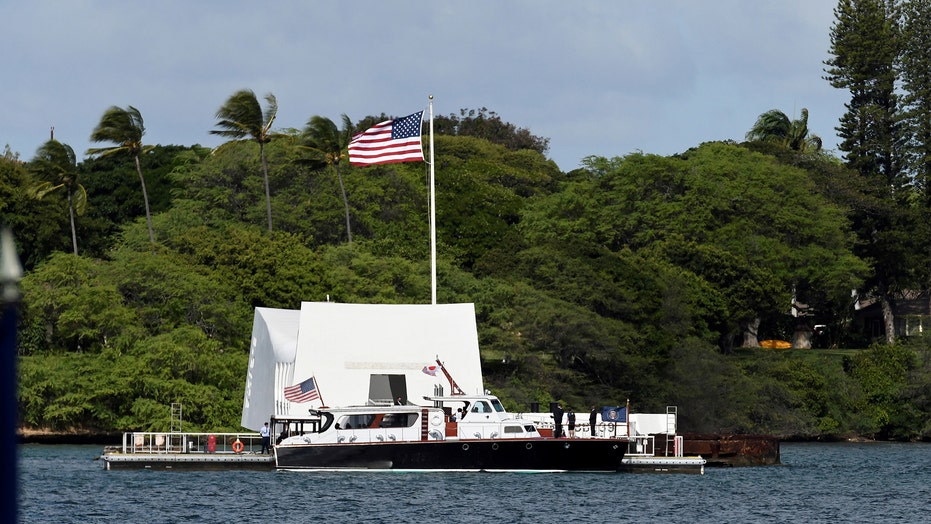 A sailor opened fire at Pearl Harbor Naval Shipyard in Hawaii on Wednesday, killing at least two civilians before he turned the gun on himself, Fox News has learned.

The shooting took place near the USS Columbia, a Los Angeles-class attack submarine. The shooter was an active-duty U.S. Navy petty officer attached to the submarine, according to a Navy official.

The gunman shot three civilians, two of whom died, before he shot himself in the head, according to a preliminary incident report viewed by Fox News.

The Naval Criminal Investigative Service [NCIS] was on the scene and the FBI has been notified, the report added. Officials did not immediately identify the shooter or victims.

Sources said the scene was "under control as of now." The incident occurred at approximately 2:30 p.m. local time at Drydock 2.

AGGRESSIVE TIGER SHARK DEFLATES MAN'S BOARD, PURSUES HIM BACK TO SHORE

Officials locked down buildings and a PA system urged anyone on base to take cover, Hawaii News Now reported. The lockdown was lifted around 4 p.m. local time.

The gates at Joint Base Pearl Harbor-Hickam were closed as first responders rushed to the scene, according to a tweet issued by the base.

Hawaii Gov. David Ige said the White House has offered assistance to federal agencies and that the state is also ready to help if needed.

"I join in solidarity with the people of Hawaii as we express our heartbreak over this tragedy and concern for those affected by the shooting," Ige said in a statement.

The shipyard is across the harbor from Pearl Harbor National Memorial, which is set to observe 78 years after the attack by Japan which launched the U.S. into World War II.

Pearl Harbor also has served as the headquarters for the U.S. Pacific Fleet and has been the home port for 10 destroyers and 15 submarines.