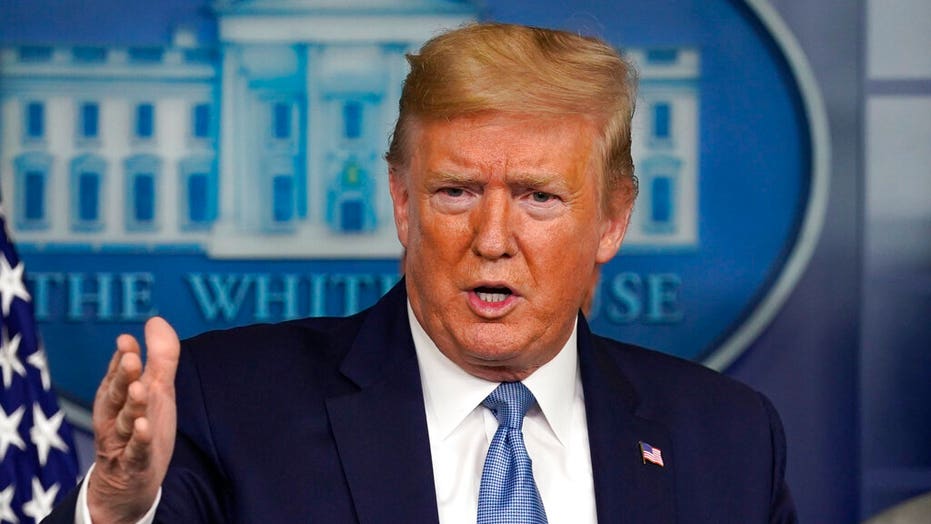 President Trump on Thursday said he would get involved in oil price wars between Saudi Arabia and Russia “at the appropriate time,” adding that low gasoline prices were good for consumers even as they hurt the industry.

Saudi Arabia and Russia have gone head-to-head in an all-out oil war, as Russia rejected a recommendation from the Organization of the Petroleum Exporting Countries (OPEC) organization for its 14 members to cut production from April until the end of the year.

“We are trying to find some kind of a medium ground,” Trump told reporters at a White House press conference on Thursday, Reuters reported. The president added that he had spoken to several people about the dispute.

WHAT IS AN OPEC PRICE WAR?

Amid falling demand for oil due to coronavirus confinement, OPEC recommended cutting production to make up for a mounting oversupply of oil. Russia rejected the pact two weeks ago, and Saudi Arabia fired back its own shots, igniting a price war by instead boosting its own production. Their flooding the market during times of low demand has brought crude prices to a 20-year low this week.

However, the low oil prices are also devastating to U.S. crude producers who have higher costs than those in Saudi Arabia and Russia and will likely spur consolidation of the industry.

The Trump administration is reportedly considering a diplomatic push to get Saudis to close their taps and threatening sanctions on Russia to stabilize prices, The Wall Street Journal reported, quoting anonymous sources.

The U.S. has already slapped sanctions on Russia’s state-owned oil company Rosneft in recent weeks for its oil dealings inside Venezuela.

Some U.S. lawmakers have accused Russia and Saudi Arabia of deliberately targeting the U.S. shale oil industry after the Trump administration pursued a policy of “energy dominance” in exporting oil and gas to Europe and Asia. After a shale boom, the U.S. overtook Saudi Arabia and Russia to become the world’s largest oil producer.