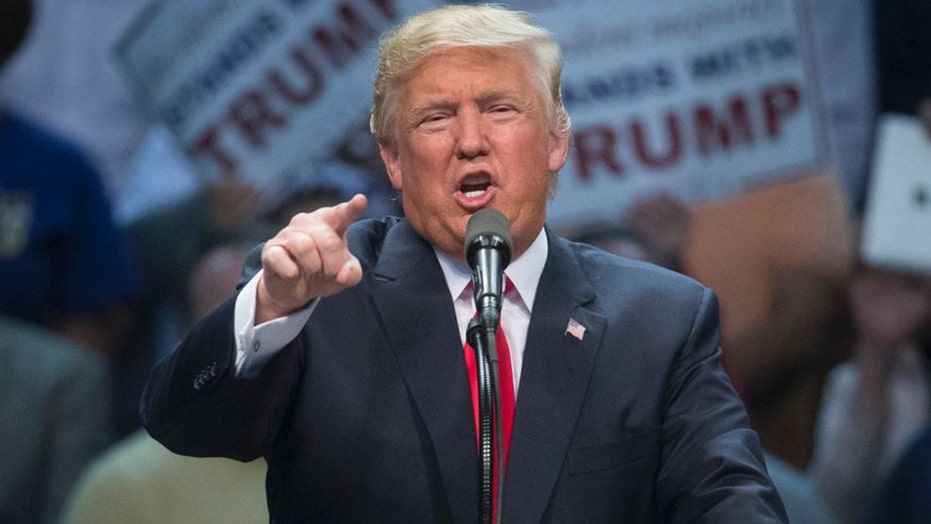 Republican presidential front-runner Donald Trump's final rally before Tuesday's New York primary was marked by an unfortunate slip of the tongue, as the real estate mogul mistakenly mentioned the name of a popular convenience store chain in place of 9/11.

Trump was about to deliver prepared remarks lauding New York values at Buffalo's First Niagara Center Monday night when he referred to 7-Eleven.

"It's very close to my heart because I was down there, and I watched our police and our firemen down at 7/11, down at the World Trade Center right after it came down, and I saw the greatest people I've ever seen in action," Trump told the crowd.

Trump, who polls show holding a sizable lead over rivals Ted Cruz and John Kasich in New York, has repeatedly invoked the Sept. 11, 2001 attacks as he campainged across his home state. He paid his first visit to the National September 11 Memorial & Museum earlier this month.

Trump billed the Buffalo event as a final push to rally supporters and make sure they vote.

"No New Yorker can vote for Cruz, no one can vote for Kasich", Trump told the estimated crowd of more than 11,000 people. "You know Cruz is way down in the polls, Kasich is not even showing up."

Cruz, who has made up considerable ground on Trump in the Republican delegate race, tried to downplay his Empire State expectations in an interview with Fox News' Bill O'Reilly Monday.

"New York is Donald’s home state," the Texas senator said. "Of course he will do well in his home state. When we were in Texas my home state well walloped him."

Trump countered later Monday by calling Cruz "a catastrophe. He didn’t even [garner] 50 percent [of the vote] in his own state."

The rally was briefly interrupted by about a dozen protesters, who sat  locked arms and sat down on the floor of the arena shortly after Trump took the stage — forcing authorities to carry several out by their arms and their legs. Trump continued speaking as the demonstrators were removed.

Buffalo police said they arrested six people, mainly for disorderly conduct and trespassing. They added that 21 people were ejected from the event, but no arrests were made inside the arena.

Fox News.com's Christopher Snyder and the Associated Press contributed to this report.