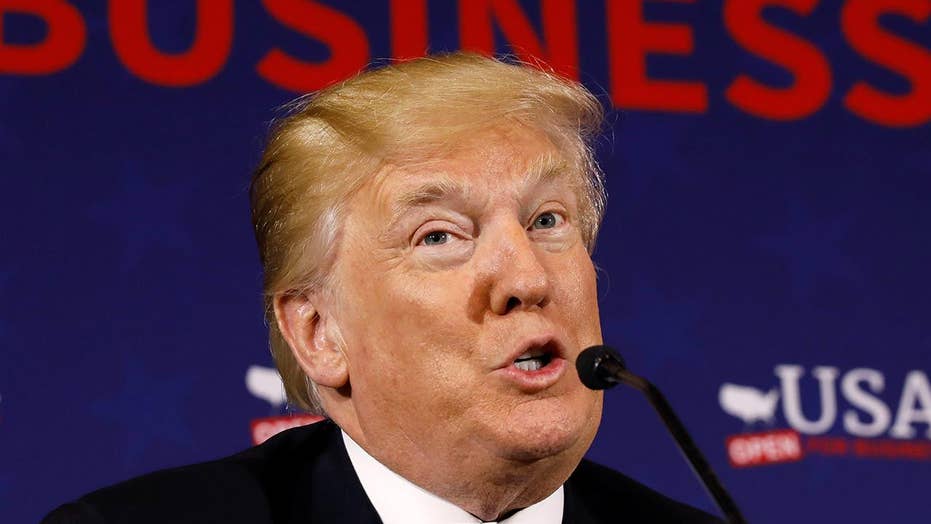 Trump on caravan: Women raped at levels never seen before

President Trump railed against illegal immigration Thursday, claiming that “women are raped at levels nobody has ever seen before,” in reference to the journey north to the United States.

At a round-table event in White Sulphur Springs, West Virginia -- slated to discuss tax reform -- Trump instead started his discussion with a focus on the border and illegal immigration.

“Remember my opening remarks at Trump Tower when I opened—everybody said ‘oh, he was so tough.’ I used the word ‘rape,’” Trump said, referring to his controversial comment at the start of the presidential campaign when he said “rapists” were coming across the U.S.-Mexico border illegally.

“Yesterday, it came out and this journey coming up, women are raped at levels that nobody has ever seen before,” Trump said. “They don’t want to mention that. So we have to change our laws.” 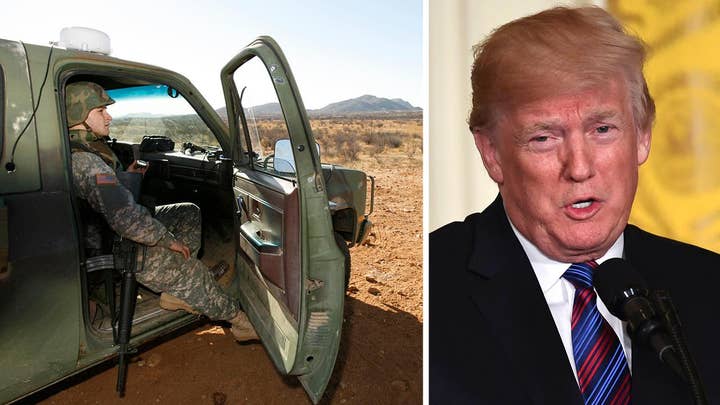 “There is extensive and extreme victimization of those making the journey north with coyotes/smugglers in general,” a White House official told Fox News on Thursday. “This has been widely reported for years.”

The White House official directed Fox News to an article initially published in September 2014 by The Huffington Post titled “80% of Central American Women, Girls are Raped Crossing into the U.S.”

According to a report by Amnesty International, a staggering six out of ten migrant women and girls are raped during their journey north.

"Not sure why the media is acting like this isn't a well-established fact --women and young girls are brutally victimized on the journey north," White House Press Secretary Sarah Sanders said in a statement to Fox News Thursday evening. "Strikes me as quite bizarre that reporters would try to cover up the gross atrocities perpetuated by smugglers and coyotes."

Earlier in the day Thursday, the president said the caravan of more than 1,000 Central Americans traveling through Mexico had been “largely broken up” by Mexican authorities, avoiding a “giant scene” at the U.S. border.

“The Caravan is largely broken up thanks to the strong immigration laws of Mexico and their willingness to use them so as not to cause a giant scene at our Border. Because of the Trump Administrations actions, Border crossings are at a still UNACCEPTABLE 46 year low. Stop drugs!” Trump tweeted Thursday morning.

Secretary of Homeland Security Kirstjen Nielsen said this week that the administration would not allow illegal immigration levels to “become the norm.” 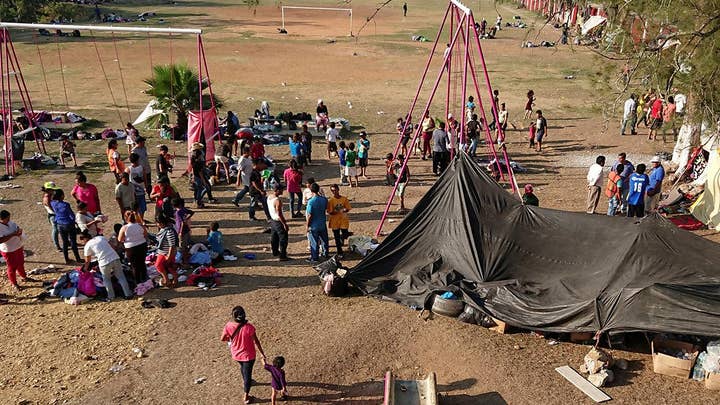 “More than 1,000 people a day, 300,000 a year violating our sovereignty as a nation will never be acceptable to this president,” Nielsen said.

At the round-table event, though, Trump went further to talk about strengthening the U.S.-Mexico border.

“We have to have strong borders. We’re going to have the wall. We’ve already started building it and we have a billion-six,” Trump said referring to the $1.6 billion in funding for the wall along the southern border. “We’ve started building and fixing miles and miles of wall that’s already up and fence and we’re gonna have our wall and we’re gonna get it very strongly and the military is going to be building some of it.”

Trump on Wednesday signed a proclamation to send the National Guard to the southern border immediately, a senior White House official told Fox News, in response to what the administration has described as an “unacceptable” flow of drugs, criminal activity and illegal immigrants.