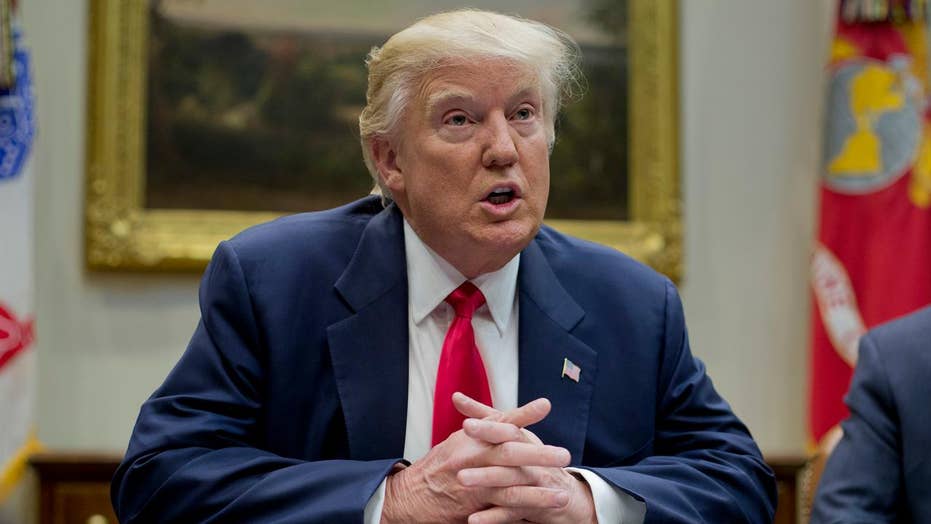 President Trump is planning a 13-state travel blitz over the next seven weeks to sell his tax reform plan to Americans, Fox News has learned.

The tour is expected to include several states that Trump won in 2016 and where Democratic senators are up for reelection next year, in an apparent attempt to seek bipartisan support on the plan.

Florida, Indiana, Michigan, Ohio and Pennsylvania are among the states Trump is expected to visit.

The president already has touted his reform plan in Missouri and North Dakota, where Democratic Sens. Claire McCaskill and Heidi Heitkamp, respectively, are seeking reelection in 2018.

Heitkamp, in fact, appeared on stage with Trump at his Sept. 6 rally in deep-red North Dakota. And she is among six senators -- three Democrats and three Republicans -- invited for dinner at the White House on Tuesday night to discuss tax reform.

Democrats so far have been excluded from helping the write tax reform policy in the GOP-controlled Congress, a task delegated to a group of four congressional Republicans along with Treasury Secretary Steven Mnuchin and White House economic adviser Gary Cohn.