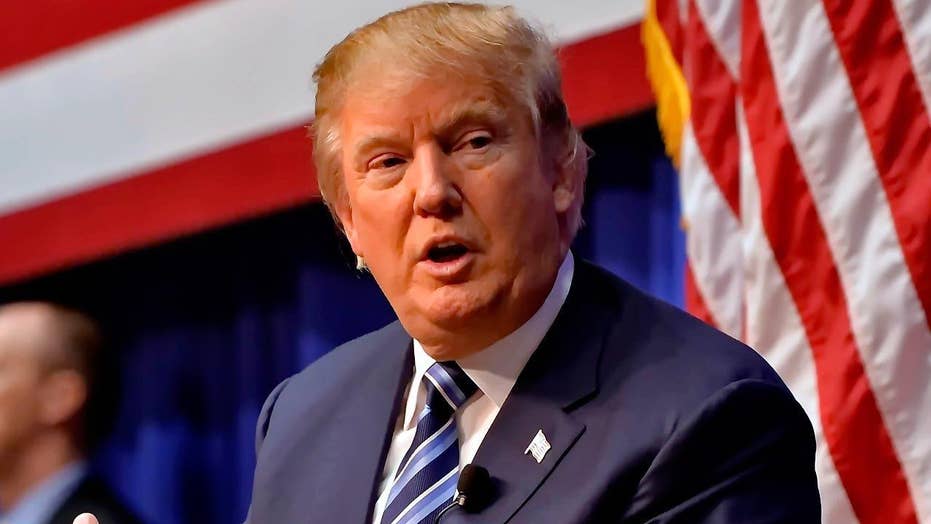 Trump hints at the possibility of third party run

Reaction on 'The Kelly File'

It's a pendulum swing for the Republican presidential contender on an issue that's caused him grief since he said earlier in the week there should be "some form of punishment" for women who get abortions if the procedure is outlawed.

He backed off that remark under fierce criticism, saying if abortion were no longer legal, abortionists should be penalized for performing the procedure — not the women who have it.

Now he's shifted anew, in a "Face The Nation" interview being broadcast Sunday.

In an excerpt broadcast Friday on "CBS Evening News," Trump said about abortion: "The laws are set. And I think we have to leave it that way."

He declined several times to say whether he thinks abortion is murder. "I have my opinions on it, but I'd rather not comment on it," he said. Asked if he disagrees with those who consider the procedure to be murder, he said, "No, I don't disagree with it."

His spokeswoman, Hope Hicks, said Trump meant that abortion laws won't change until he's president. "Then he will change the law through his judicial appointments and allow the states to protect the unborn," she said. That's not a distinction he made in the interview.

The group's president, Ilyse Hogue, said Trump's grasp of abortion policy has been "all over the place this week" but added, "We know that misogyny would rule in a Trump White House and that never bodes well for reproductive health care or advancing women's equality."

Trump, the Republican front-runner, has hit a rough patch in his campaign as he heads into the Wisconsin primary Tuesday. His campaign manager, Corey Lewandowski, has been charged with simple battery, accused of grabbing a reporter's arm. He faced a backlash for comments about rival Ted Cruz's wife and managed to displease both sides in the abortion debate with his now-retracted comment that women who get abortions should be punished.

"I think I've had many bad weeks and I've had many good weeks," he said in the interview Friday. "I don't see this as the worst week in my campaign."