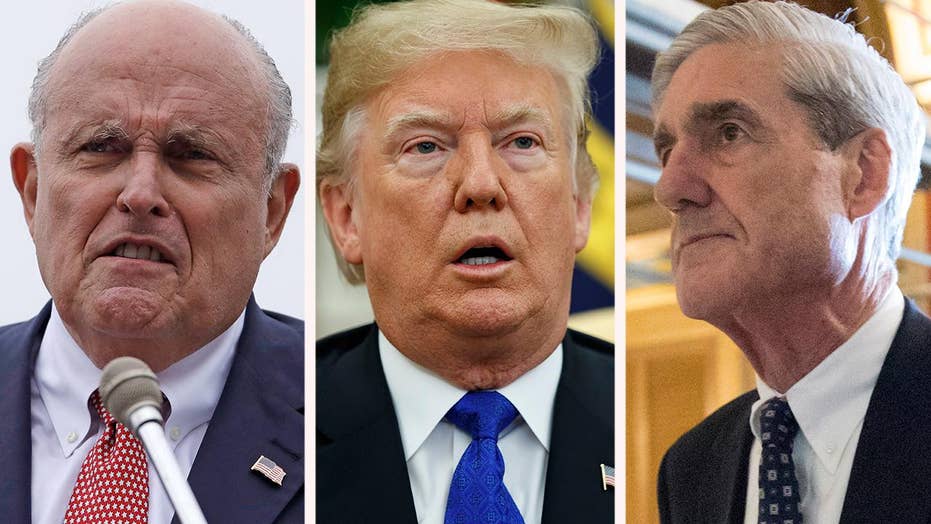 Giuliani: 'Over my dead body' will Trump meet with Mueller

A possible meeting between the president and special counsel appears to be off the table for the White House; John Roberts has the latest.

“I think I announced about ten days ago 'over my dead body' and I’m not dead yet,” Giuliani said Thursday after being asked on Hill TV whether Trump would give more answers in writing.

“[President Trump's] not answering any more questions from these people — they are outrageous activity … we did enough,” he added.

"[President Trump's] not answering any more questions from these people — they are outrageous activity … we did enough."

Giuliani was referring to his comments on “Fox News Sunday” earlier this month where he dismissed any possibility of an in-person interview with the special counsel.

“Yeah, good luck, good luck … Over my dead body, but, you know, I could be dead,” he said during the interview.

But in later interviews, Giuliani moderated his view and said that while the in-person interview was out of the question, Trump “might agree” to a few additional written answers.

“Or we might not,” he told Axios in an interview. 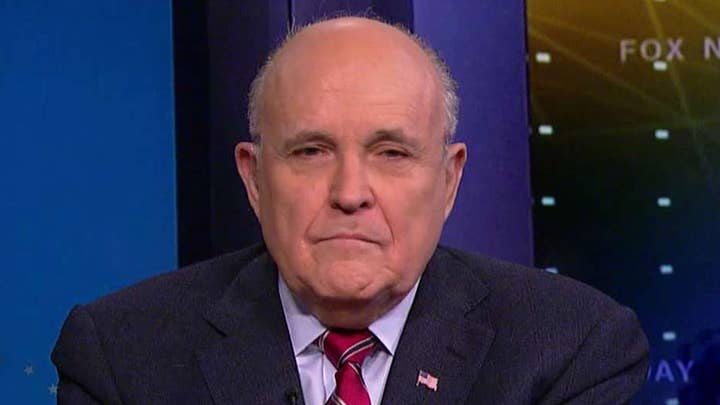 GIULIANI ON WHETHER TRUMP WILL SIT DOWN WITH MUELLER: 'GOOD LUCK -- OVER MY DEAD BODY'

Legal experts have speculated that the probe should soon be ending, a sentiment shared by Giuliani who said “We definitely should be completely finalized.”

“The whole reason why it began: collusion — they’ve investigated that exhaustively,” he added.