Ralph Reed: Democrats criticizing evangelicals are out of touch with the Heartland

Founder and Chairman of the Faith and Freedom Coalition Ralph Reed says Democrats need to figure out how to not talk down to, sneer and smear evangelical voters.

Evangelical pastors and leaders met and prayed with President Trump amid House Democrats' drive toward impeachment.

Fox News spoke with Pastor Jack Graham, Ralph Reed and the Rev. Johnnie Moore, three of the 25 leaders in attendance on Tuesday morning for an hourlong, wide-ranging meeting in the Roosevelt Room at the White House. There, Trump was greeted with a standing ovation.

"We discussed our support," said Graham, the pastor of Prestonwood Baptist Church in Plano, Texas. "We assured him that evangelicals across America support him. ...We are unwavering in our support for the president."

Trump did not appear preoccupied with the impeachment inquiry, the advisers said, adding that the majority of their time was focused on various accomplishments: the nomination of federal judges, criminal justice reform, the defense of religious freedom, abortion reduction, the child tax credit, opportunity zones, the battle against opioid addiction and human trafficking, the Islamic State and the targeted operation leading to the death of ISIS leader Abu Bakr al-Baghdadi.

"We prayed for the president, with thanksgiving, as always, that he would know God's wisdom and strength as the president of the United States," Graham said, noting they offer to pray for Trump frequently. It's a gesture he "always welcomes," ever "appreciative of the people who pray for him across the country." 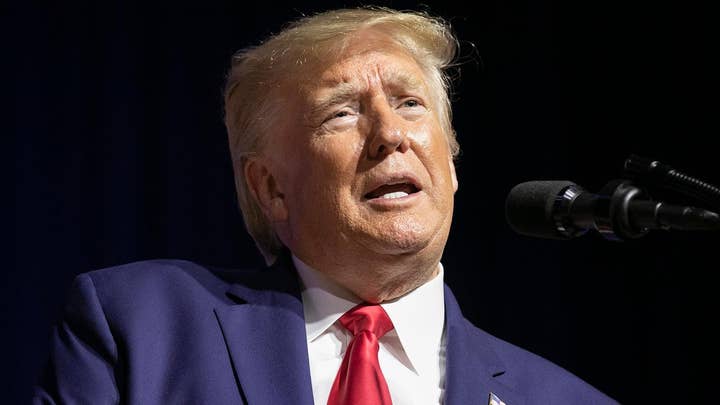 Trump handily won the evangelical vote in 2016, and the leaders believe he has gained more support for reelection.

Reed, the chairman of the Faith and Freedom Coalition, added, "I have never seen a president more focused, more in command than what we saw with President Trump yesterday."

When it comes to the impeachment push by House Speaker Nancy Pelosi, the pastors said Trump is coping well.

"It was abundantly clear, he's totally unfazed by this," said Moore, president of the Congress of Christian Leaders. "Everybody felt this way. This isn't actually about Donald Trump. ... It's about the agenda that he's put forward, the success he's had in advancing the agenda."

"Evangelical leaders see this, not as impeaching Donald Trump, but they're trying to impeach me and my values," Moore said, adding, "Donald Trump is pretty good at fighting alone -- but he isn't going to have to on this one." 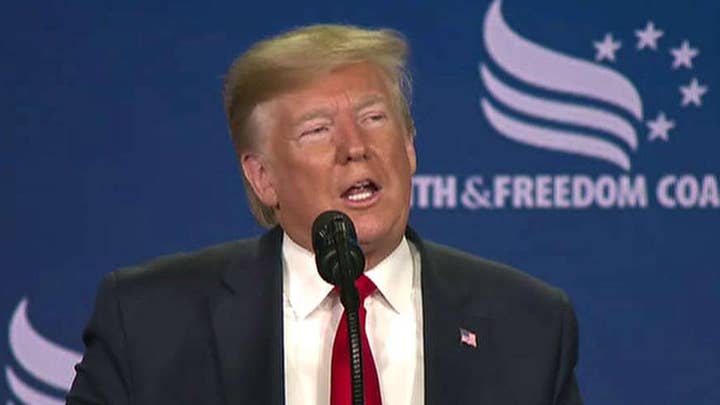 "We take it very personally because they're going after our values," Graham said, calling the ongoing House impeachment inquiry a "sham of an investigation."

Reed, who says Christians are called to pray for their leaders regardless of political leanings, said they were there "as representatives of the tens of millions who intercede for this president every single day."

The leaders described it as a meeting among friends.

"He doesn't try to be any different than he is," Moore added. "That's one of the things we appreciate about him."