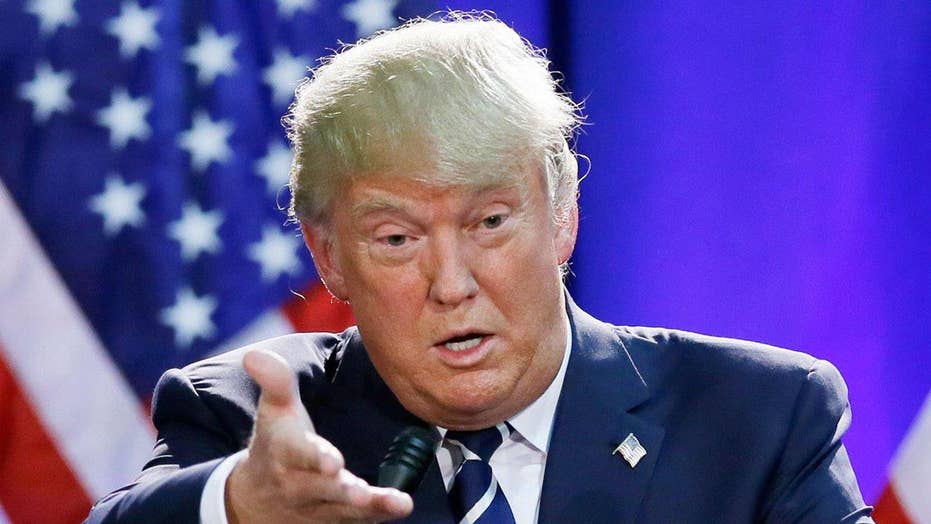 Trump praised Christie's stewardship of New Jersey's economy during his speech. He also recounted a debate in New Hampshire during which Christie repeatedly attacked Florida Sen. Marco Rubio, dealing Rubio's campaign a blow from which it never fully recovered.

"He looked like Perry Mason that evening," Trump recalled.

Christie, flanked by his wife and three of his four children, said he hoped New Jersey's June 7 primary would provide the votes and delegates to put Trump "officially over the top as the Republican nominee for president of the United States."

Christie noted the two had once been rivals, but said he'd decided to endorse Trump because of their personal friendship. He said he told his wife: "We never ever make a mistake by standing with your friend. And Donald Trump is my friend."

Christie ended his presidential bid after a disappointing showing in New Hampshire and became one of Trump's highest-profile backers with a surprise endorsement in February. Trump has appointed Christie to chair his White House transition efforts and his name is often raised as a potential vice presidential pick.

Trump took the stage after Christie and announced that the event -- a $200-per-head fundraiser that attracted about 1,000 people -- had retired the bulk of Christie's roughly $250,000 presidential campaign debt.

Trump made a joke that appeared to be at Christie's expense when he noted that he is boycotting Nabisco for offshoring jobs.

The event also included a $25,000-per-person fundraiser for the state GOP to help it pay off about $500,000 incurred in legal fees responding to legislative subpoenas in the 2013 George Washington Bridge scandal. State party officials said they didn't immediately have a tally of how much either event had raised.