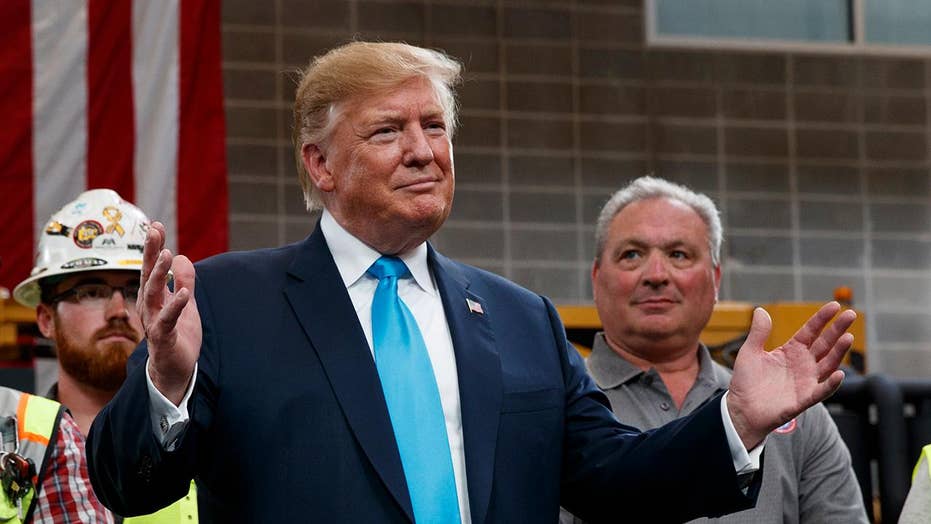 President Trump introduces 'The only Bush that likes me'

President Trump apparently made clear on Wednesday during a visit to Texas who his favorite member of the Bush family is.

Speaking in Crosby, the president introduced Texas Land Commissioner George P. Bush to the crowd, and asked him to meet him on stage.

TRUMP REACTS TO BARBARA BUSH CRITICISM: 'LOOK WHAT I DID TO HER SONS'

Trump said that Bush is a friend of his son, “and he’s a great guy.”

“Truly, this is the Bush that got it right,” the president said, as the two met on stage and chatted briefly. Bush, according to Trump, “is going far, he’s going places.”

While in Crosby, a city roughly 25 miles northeast of Houston, Trump signed two executive orders that he said will accelerate the approval of energy infrastructure projects in the U.S.