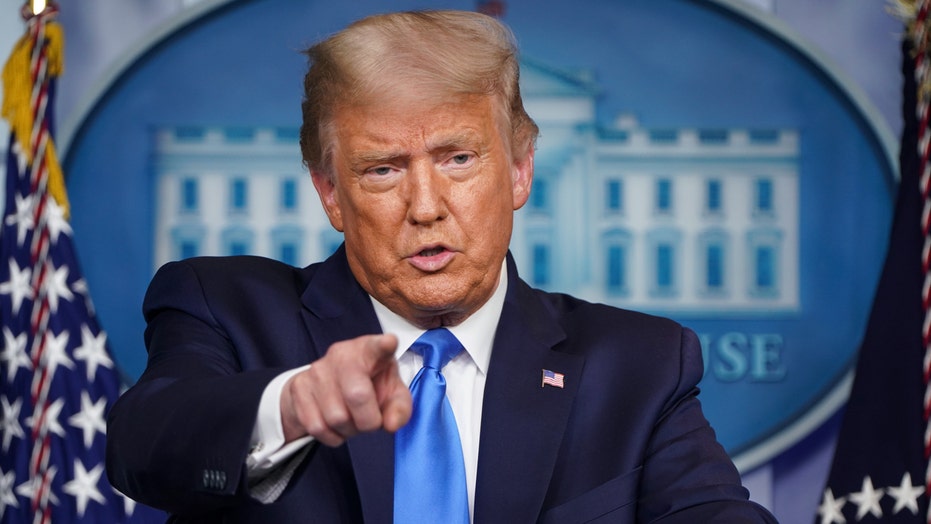 President Trump said that his opponent Joe Biden will “do fine” at Tuesday’s presidential debate because his team will give him a “shot of something” before he comes on stage.

“Biden will do fine," Trump told supporters at a rally in Jacksonville, Fla. "He's been doing it for 47 years. They'll give him a big shot of something before he has to go out there, he'll be full of energy. He'll be fine."

He then turned to hit his opponent for failing to campaign just five weeks before the election. “He did a lid again this morning, I’m working my a-- off,” Trump said. “He does a lid all the time.”

The Biden campaign, who unlike Trump has not hosted any large-scale rallies due to the coronavirus pandemic, said this morning it would not be hosting any public events on Thursday.

"Sleepy Joe Biden just closed down his campaign for the day (Again)," Trump tweeted. "Wants to rest! He is a very LOW ENERGY INDIVIDUAL, and our Country cannot make it in these exciting, but complex and competitive times, with a Low Energy President !!”

Trump also criticized Biden for not releasing a list of potential Supreme Court nominees. Trump said that former vice president has not released a list of who he might appoint to the Supreme Court if he is president because the nominees "will be handpicked by extremists.”

“If given power, Biden and his supporters would pack the Supreme Court with radicals who will terminate the Second Amendment and confiscate your firearms,” the president said.

Trump also lauded his growing support among Latino voters. He said Democrats would "end the American dream for Hispanic Americans."

Trump called attention the protesters outside his rally.

"They're screaming at the top of their lungs, but their lungs are very small,” he said.

Trump then made an appeal to Cuban-American voters, blasting the Obama administration's outreach to leaders in Havana and the thaw in ties between the Cold War-era enemies.

“The last administration made a pathetic, one-sided deal with the Castro dictatorship that betrayed the Cuban people and enriched the communist regime," Trump said.

Cuban Americans make up a significant portion of the Florida electorate. More than half in Florida support President Trump, and they are twice as likely to do so as non-Cuban Latinos.

“My opponent stands with socialists and communists, I stand with the proud people of Cuba, Nicaragua and Venezuela in their righteous struggle for freedom!” Trump said.