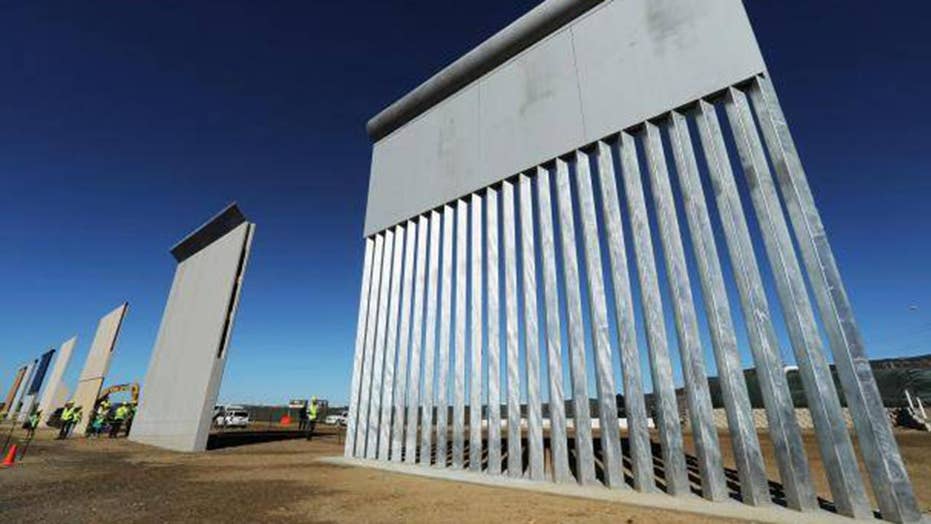 President Trump still wants a big, beautiful wall on the Mexico border – but now he’s floating the idea of the military paying for it.

Over the weekend, the president first publicly raised the possibility of the Pentagon funding the wall, saying the “military is again rich” after the massive $1.3 trillion omnibus spending bill passed by Congress last week.

Trump’s pitch is that the wall is a matter of national security.

“Building a great Border Wall, with drugs (poison) and enemy combatants pouring into our country, is all about National Defense,” the president tweeted. “Build WALL through M!”

The idea follows complaints from conservatives that the omnibus bill hardly funded Trump’s most famous campaign promise. It’s also be championed by other border hawks.

“The last war that had a declaration of war from Congress in it was World War II, and we engage in a lot of military actions around the world,” conservative commentator Ann Coulter said on Fox News’ “Justice with Judge Jeanine.” “I think it can be done right on our border as part of the defense.”

Lawmakers only directed $1.6 billion to the border wall, with a focus on repairs and additions to already existing fencing. The president initially requested $18 billion in funding for the wall.

Trump tweets that border wall is needed for national defense

Trump on Friday threatened to veto the spending bill due to the lack of border wall funding and a fix for recipients of the Obama-era Deferred Action for Childhood Arrivals (DACA) program. But he ultimately backed off that threat, and signed the bill.

“As a matter of national security, I've signed this omnibus budget bill,” Trump said Friday, though adding: “There are a lot of things I’m unhappy about in this bill”

Last week, Trump said “much can be done” with the $1.6 billion for the wall, calling it “just a down payment,” suggesting “the rest of the money will come.”

The Washington Post reported Tuesday the president has been talking up the idea of the Pentagon funding the wall in private in recent days, claiming the lack of a physical barrier along the border is a national security risk.

“I can’t get into the specifics of that at this point, but I can tell you that the conversation of building the wall is ongoing and we’re going to continue moving forward in that process,” Sanders said.

Reached for comment, a Pentagon spokesman referred Fox News to the White House.