President-elect Donald Trump has widened his search for secretary of state beyond his short-list of Mitt Romney and three others, senior transition team adviser Kellyanne Conway said Sunday.

“It is true that [Trump] has broadened the search,” she told reporters at Trump Tower in New York City. “He continues to talk to different people. I think you've all seen the list before that already existed. I think there'll be additional interviews with other candidates.”

However, other names have surfaced, including John Bolton, a former U.S ambassador to the United Nations; Rex Tillerson, Exxon’s chief executive officer; and most recently John Huntsman, a former U.S. ambassador to China and Utah GOP governor whose daughter Abby is a Fox News general assignment reporter.

Conway on Sunday declined to speak directly to reporter questions specifically about Huntsman or others but acknowledged the list has grown beyond four candidates, with more interviews later this week.

“That list is expanding,” she said. “There is not a finite list of finalists. … More than four, but who knows how many finalists there will be. It's a big decision and nobody should rush through it.”

Conway, who joined Trump as a campaign manager late in the White House race, has been surprisingly public in her criticism of Romney as the next State Department leader. She has said grass-roots Trump supporters feel “betrayed” by Romney being in the running, considering he called Trump a “con man” and a “phony” during the campaign.

Trump has publicly said he was OK with Conway’s comments. And Conway told “Fox News Sunday” that she would fully support Trump picking Romney and would say the same to disgruntled supporters.

“I've spoken my piece on that,” she said. “I said publicly and will say here again: Whatever he chooses and whomever he chooses has my full support and backing. … I'm going to say to those Trump supporters … you have to accept his judgment.”

Vice President-elect Mike Pence on Sunday voiced strong support for Petraeus but declined to comment when asked to speculate on whether he’d pass Senate confirmation, considering a federal judge sentenced him to two years of probation as part of a plea agreement on mishandling classified information.

“That will be up to the president-elect,” Pence said on NBC's "Meet the Press." “I think the president-elect will weigh that against the backdrop of an extraordinary career in military service, whether it's in the role of secretary of state or another role in this administration.” 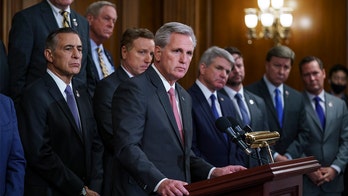 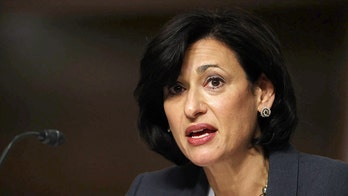