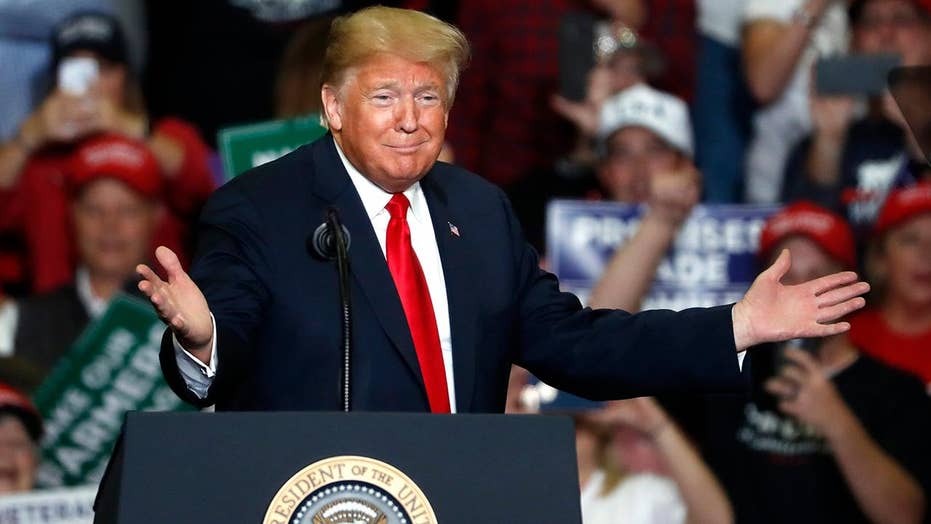 President Trump, surely hoping to use Nancy Pelosi as a political foil over the next two years, eagerly endorsed the California Democrat for speaker on Wednesday -- hours after Democrats clinched a majority in the House of Representatives.

Trump said in a tweet Pelosi “deserves” to be House speaker, and even offered to help provide the votes.

“In all fairness, Nancy Pelosi deserves to be chosen Speaker of the House by the Democrats,” he wrote. “If they give her a hard time, perhaps we will add some Republican votes. She has earned this great honor!”

Trump and Pelosi both are planning press conferences Wednesday to discuss the election results.

Pelosi faces some resistance from the rank-and-file but remains the favorite to claim the gavel in the next Congress. Already, she and her likely deputies have warned that investigations and subpoenas are coming for the Trump administration as they plan to flex their oversight authority.

“Subpoena power is interesting, to use it or not to use it,” Pelosi said at a conference in October, referring to the authority of House committees to summon individuals and organizations to testify or provide documents under penalty of perjury. “It is a great arrow to have in your quiver in terms of negotiating on other subjects." She added that she would use the power "strategically."

On Tuesday night, as it became clear Democrats would retake the House, Pelosi appeared to double down on that rhetoric, declaring that the midterms were about “restoring the Constitution’s checks and balances to the Trump administration."

Before Trump's Pelosi comments, he said he received many congratulations on a “Big Victory” and railed against House Democrats who seek to investigate the Trump administration.

“If the Democrats think they are going to waste Taxpayer Money investigating us at the House level, then we will likewise be forced to consider investigating them for all of the leaks of Classified Information, and much else, at the Senate level,” Trump wrote. “Two can play that game!”

Democrats in Tuesday’s midterm elections won back control of the House with key victories in two Florida districts, an Iowa district and a Virginia district, among others.

Pelosi, the current House minority leader, laid out the vision for her party after it appeared Democrats were going to retake control of the House of Representatives on Tuesday night. 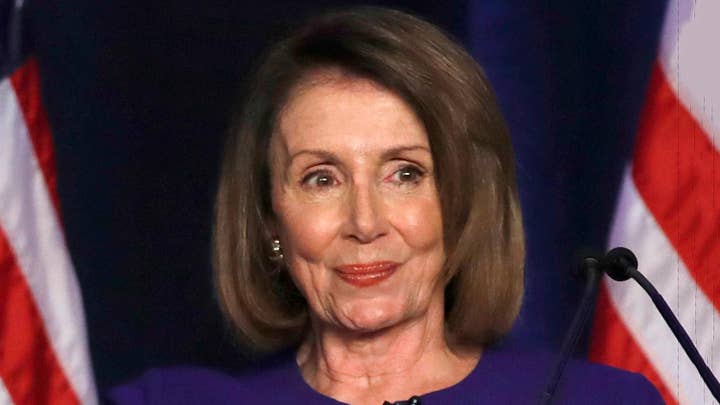 Pelosi promised an open and transparent Democratic House “so that the public can see what’s happening and how it affects them and that they can weigh in with the members of Congress and with the president of the United States.”

Trump reportedly called Pelosi before midnight to congratulate her on the House victory. Pelosi's deputy chief of staff Drew Hammill said the president acknowledged her call for bipartisanship.

Pelosi had previously served as speaker of the House from 2007 to 2011.

Fox News’ Bradford Betz and Gregory Re and the Associated Press contributed to this report.