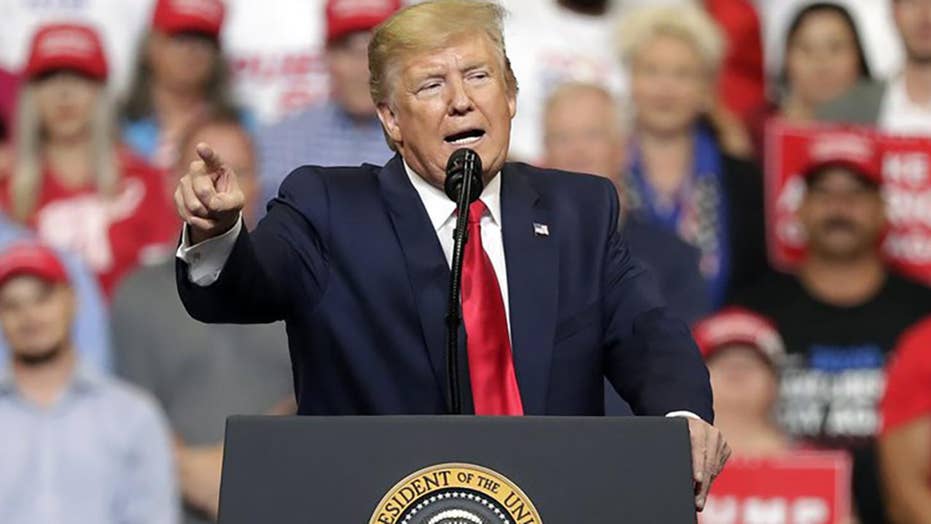 President Trump had a heated exchange with Telemundo anchor José Díaz-Balart over his recently announced plan for U.S. Immigration and Customs Enforcement (ICE) to deport "millions" of illegal immigrants, insisting that the "Latino vote" supports his decision.

On Monday, Trump said on Twitter that ICE would "begin the process of removing the millions of illegal aliens" next week, sparking condemnation from his critics and cheers from his supporters.

In a preview clip from the interview airing Thursday night, Diaz-Balart pressed Trump about the push and how the "Latino vote" feels about it.

"Going back to the Latino vote- granted a percentage definitely supports you but there are some who fear, who fear your rhetoric, who fear what's been going on at the border, who fear that you have said that you will be deporting millions of people," Diaz-Balart began.

"They want me to do it," Trump said. "They're here illegally."

"Mr. President, they do not," Diaz-Balart responded while shaking his head.

"They do," the president insisted. "They don't want to lose their jobs. They want to keep their salaries, their wages up, and they don't want crime. When people come through, you have MS-13 coming through."

The Telemundo anchor pushed back, saying it's "not the majority" of migrants who are MS-13 gang members, but Trump doubled down, responding "it's a lot of people."

"The mothers that are coming with their children aren't MS-13," Diaz-Balart told the president. "The people who are raped in their town and have to leave aren't MS-13."