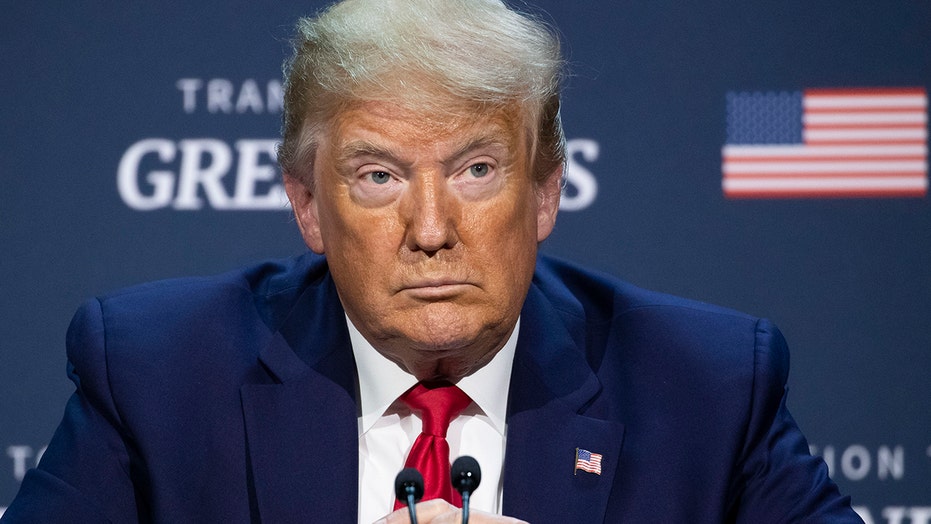 President Trump on Monday slammed the media for trying to “Covid Shame” him and his campaign ahead of his first rally since the coronavirus shutdowns, arguing they didn't express the same health concerns about the mass protests against police brutality across the country.

“The Far Left Fake News Media, which had no Covid problem with the Rioters & Looters destroying Democrat run cities, is trying to Covid Shame us on our big Rallies. Won’t work!” Trump tweeted Monday.

The president’s tweet comes as he prepares to hit the campaign trail for the first time since the coronavirus pandemic began. The president is set to host a large-scale rally in Tulsa, Okla. on Saturday, June 20.

“Our testing is so much bigger and more advanced than any other country (we have done a great job on this!) that it shows more cases,” Trump continued. “Without testing, or weak testing, we would be showing almost no cases.”

He added: “Testing is a double edged sword—Makes us look bad, but good to have!!!”

Over the weekend, the top health official in Tulsa expressed concerns about the upcoming rally, citing rising COVID-19 cases. Democrats -- who have fully embraced the George Floyd protests -- say the rallies could be “dangerous."

"Tulsa doesn't want Trump and public health experts warn this could be extremely dangerous,” Democratic National Committee War Room Director Adrienne Watson said in a statement. “But Trump has shown no concern for the safety and wellbeing of Americans for the entirety of his presidency — why start now? He is only concerned about his own reelection and distracting from his failed response to the pandemic that led to more than a hundred thousand Americans dying and 20 million unemployed."

The United States, as of Monday morning, reported more than 2 million positive cases of COVID-19 and more than 115,700 deaths due to complications from the virus.

The president’s Tulsa rally was slated to take place on Friday, June 19, but was rescheduled after controversy over the event coinciding with Juneteenth, a holiday that commemorates the date in 1865 that President Lincoln’s order to free American slaves reached Texas.

“We had previously scheduled our #MAGA Rally in Tulsa, Oklahoma, for June 19th – a big deal. Unfortunately, however, this would fall on the Juneteenth Holiday,” the president wrote late Friday. "Many of my African American friends and supporters have reached out to suggest that we consider changing the date out of respect for this Holiday, and in observance of this important occasion and all that it represents. I have therefore decided to move our rally to Saturday, June 20th, in order to honor their requests.”