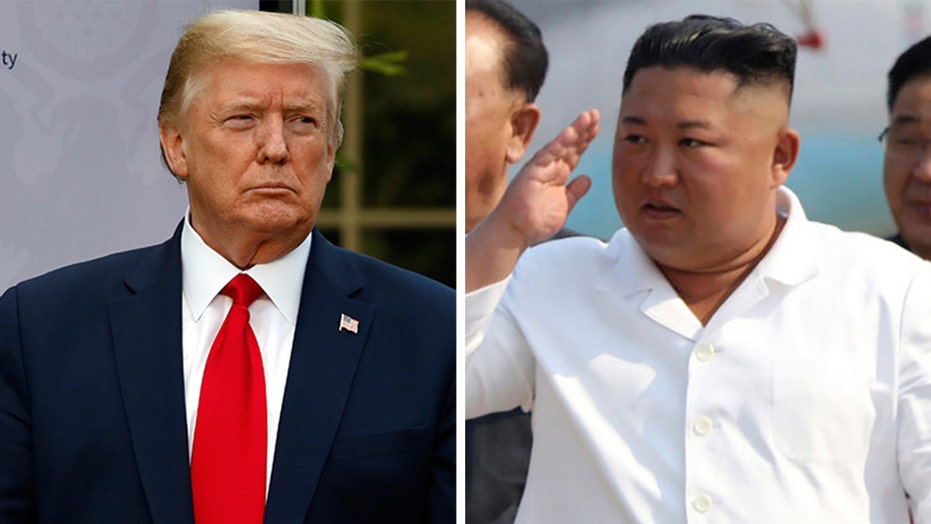 President Trump in his Monday coronavirus briefing hinted that he knew the disputed status of North Korean leader Kim Jong Un’s health, but stopped short of filling in the White House press.

“Yes I do have a very good idea,” Trump said when asked if he had any information on Kim’s health after unconfirmed reports circulated that he may have died after cardiovascular surgery. “I can’t talk about it now,” Trump continued.

“I hope he’s fine, I do know how he’s doing, you’ll probably be hearing in the not too distant future,” the president added.

Trump went on to say he has (used in present tense) a “very good relationship” with the North Korean dictator, adding that the U.S. would be at war with North Korea if Trump hadn’t been president.

GORDON CHANG ON REPORTS KIM JONG UN WAS WOUNDED IN MISSILE TEST: 'SOMETHING IS WRONG'

The rumors about Kim’s health began to swirl after he missed the April 15 celebration of the 108th birthday of his grandfather, North Korea founder Kim Il Sung. His grandfather’s birthday is known as “Day of the Sun” and is the most important holiday in North Korea.

The Daily NK, an online news periodical based in Seoul and run mostly by North Korean defectors, reported that Kim, who is believed to be 36, was recovering from surgery, which happened on April 12, at a coastal resort.

However, a top South Korean official said his country is confident there are no “unusual developments” in North Korea and the rumors surrounding Kim’s health are untrue.

WHAT'S GOING ON WITH  THE NORTH KOREAN DICTATOR'S HEALTH?

“I don't think the South Korean government is right when they say he is alive and well,” Chang said. “He very well may be alive, but the 'well' part of it is, I think, subject to question largely because this regime acts in patterns and when these patterns are broken, we know that something has occurred.”