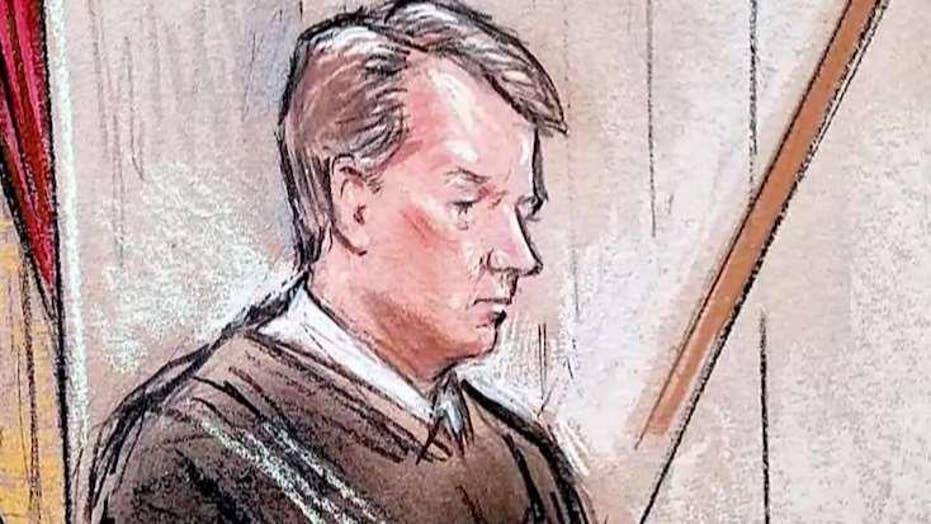 Justice Kavanaugh settles into his role on the Supreme Court

In his second week of oral arguments as the 'new guy' on the bench, Justice Brett Kavanaugh is keeping it simple: Asking short, textual questions in the public sessions, deferring to his colleagues and avoiding soliloquies or harsh rhetoric.

President Trump on Saturday challenged Democrats to speak up after Republicans on the Senate Judiciary Committee referred a woman to the FBI for “materially false statements” when she accused Supreme Court Justice Brett Kavanaugh of raping her.

“A vicious accuser of Justice Kavanaugh has just admitted that she was lying, her story was totally made up, or FAKE!” he tweeted. “Can you imagine if he didn’t become a Justice of the Supreme Court because of her disgusting False Statements. What about the others? Where are the Dems on this?”

Senate Judiciary Committee Chairman Chuck Grassley referred Judy Munro-Leighton to authorities after his office said she alleged that Kavanaugh and a friend raped her in the backseat of a car -- only for that story to fall apart.

The accusations were initially made via a “Jane Doe” letter to Sen. Kamala Harris’, D-Calif., office in September. Kavanaugh was asked about the allegations in an interview with investigators, where the future Justice called the allegations a “crock” and a “farce.”

That allegation came amid Kavanaugh’s confirmation hearing and during a firestorm over allegations that he sexually assaulted women in high school and college. Kavanaugh fiercely denied all the allegations, and both Kavanaugh and Republicans blasted Democrats for their handling of the allegations. Democrats have promised to keep investigating some of the claims made against Kavanaugh.

In early October, committee staff received an email from Munro-Leighton saying that she was the Jane Doe from California who sent the letter and that “Kavanaugh raped me.” But investigators went on to determine that Munro-Leighton was a left-wing activist, decades older than Kavanaugh and lives in Kentucky.

“Under questioning by Committee investigators, Ms. Munro-Leighton admitted, contrary to her prior claims, that she had not been sexually assaulted by Judge Kavanaugh and was not the author of the original 'Jane Doe’ letter,” Grassley’s office wrote in a Friday referral to the Department of Justice.

“When directly asked by Committee investigators if she was, as she had claimed, the ‘Jane Doe’ from Oceanside California who had sent the letter to Senator Harris, she admitted: ‘No, no, no. I did that as a way to grab attention. I am not Jane Doe...but I did read Jane Doe’s letter. I read the transcript of the call to your Committee...I saw it online. It was news.”

According to the referral, she also admitted she had never even met Kavanaugh.

Trump was not the only White House official to weigh in on the development. White House Counselor Kellyanne Conway tweeted that “Those who imbued her with  automatic credibility share her shame in trying to destroy a decent man.”

“The good guy won,” she added, a reference to Kavanaugh's eventual confirmation in October.

Friday’s referral is the latest made by Grassley’s offices against some of those accusing Kavanaugh of sexual assault.

Last week, Grassley referred attorney Michael Avenatti and client Julie Swetnick -- who accused Kavanaugh of sexual misconduct -- for criminal investigation regarding a potential “conspiracy” to provide false statements to Congress and obstruct its investigation. Avenatti represented Swetnick, who accused Kavanaugh during confirmation proceedings of being involved in or present at “gang” and “train” rapes at high school parties in the 1980s.

Kavanaugh denied all the claims against him.