President Trump takes questions from reporters before his departure to the southern border in McAllen, Texas

President Trump on Thursday announced that he is cancelling his trip later this month to the annual World Economic Forum in Davos, Switzerland -- citing Democratic “intransigence” on border security amid a partial government shutdown.

“Because of the Democrats intransigence on Border Security and the great importance of Safety for our Nation, I am respectfully cancelling my very important trip to Davos, Switzerland for the World Economic Forum,” he tweeted. “My warmest regards and apologies to the @WEF!”

Trump attended the world meeting of global elites last year, the first time for an American president since 2000. He was expected to attend the Jan. 22-25 session again this year, likely offering a repeat of the “America First” message he took to Switzerland last year -- where he declared America “open for business” while warning he wanted to make trade with other nations “fair and reciprocal.”

TRUMP SELLS US TO DAVOS, DECLARES 'AMERICA IS OPEN FOR BUSINESS'

In Washington, Republicans and Democrats are deadlocked over funding to keep the government open as the partial government shutdown has stretched to 20 days.. Trump has demanded $5.7 billion for a wall on the southern border, something that Democrats have ruled out. Instead, they have said they would offer over a billion for border security, but not a wall. 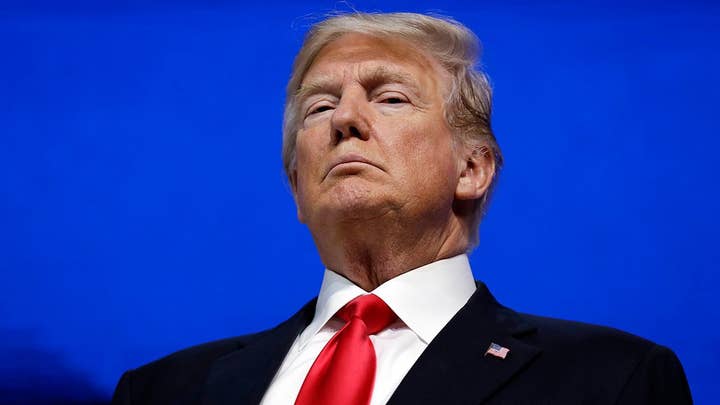 Trump walked out of a White House meeting with congressional leaders on Wednesday after House Speaker Nancy Pelosi again rejected funding for the wall. Trump later called the meeting “a total waste of time.”

On Thursday he warned that he could declare a national emergency to fund the necessary border security.

“I have the absolute right to declare a national emergency, the lawyers have so advised me,” Trump said. “I’m not prepared to do that yet, but if I have to, I will.”