Trump’s reelection team bashed Biden in statement, accusing him of being “controlled by the radical ideas” and arguing that he would force taxpayers to “foot the bill” for abortions.

“In an effort to conform to the far Left’s agenda, Biden is now calling for zero restrictions on abortion and wants to force taxpayers to foot the bill,” the Trump campaign wrote. “Biden has also made promises to ‘codify Roe v. Wade,’ taking the issue out of the hands of our duly appointed Supreme Court justices.”

BIDEN AND WARREN JOIN FORCES TO HAUL IN CAMPAIGN CASH

While Trump was never an outspoken critic against abortion before politics, he rallied a strong base of support among evangelical Christians and other anti-abortion groups pushing to overturn Roe v. Wade – the landmark Supreme Court ruling that made abortions legal across the U.S.

“President Trump is the most pro-life President in history and has safeguarded the rights of the unborn – not only in America but abroad,” the Trump campaign’s statement added.

Earlier in the day, Biden vowed after receiving the endorsement from Planned Parenthood to “expand access to quality, affordable health care for women” and “protect women's constitutional right to choose.”

“Health care is right not dependent on race, gender, income, or zip code,” Biden said. “As president, I'm going to do everything in my power to expand access to quality, affordable health care for women, especially women of color. 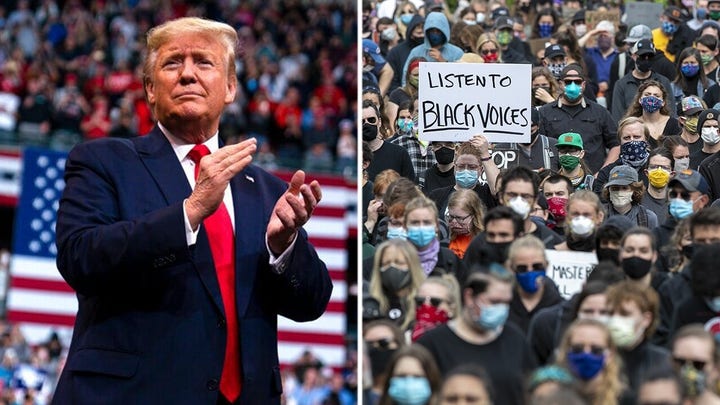 Biden added: “Together we're going to reverse the global gag rule and domestic gag rule, restoring the Title X program. We will protect women's constitutional right to choose. And I'm proud to stand with you on this fight."