The Trump campaign on Wednesday filed for a partial recount in Wisconsin claiming illegally-altered absentee ballots and illegal advice given by government officials allowed Wisconsin’s voter ID laws to be circumvented.

The campaign is spending $3 million for the petition for a recount in Milwaukee and Dane counties, claiming that the Wisconsin Elections Commission directed Wisconsin municipal clerks to “illegally alter incomplete absentee ballots contrary to Wisconsin law.” In a new statement, the Trump campaign also said that clerks were instructed that they could “rely on their own ‘personal knowledge,’ or unspecified ‘lists or databases at his or her disposal’ to add missing information on returned absentee ballots.”

According to Wisconsin law, incomplete absentee ballots may not be counted.

The Trump campaign said Wednesday that clerks issued absentee ballots to voters in Wisconsin without requiring an application, which they say is “in direct conflict with Wisconsin’s absentee voting safeguards.”

The campaign said that these ballots were issued during the two-week in-person absentee voting period, which ran between Oct. 20 and Nov. 1.

“The people of Wisconsin deserve to know whether their election processes worked in a legal and transparent way. Regrettably, the integrity of the election results cannot be trusted without a recount in these two counties and uniform enforcement of Wisconsin absentee ballot requirements. We will not know the true results of the election until only the legal ballots cast are counted,” Jim Troupis, counsel to the Trump campaign, said in a statement.

He added: “We will not stop fighting for transparency and integrity in our electoral process to ensure that all Americans can trust the results of a free and fair election in Wisconsin and across the country.”

But guidance from the Wisconsin Elections Commission, in place since 2016, says that clerks can fix missing witness address components on the envelopes that contain absentee ballots if they have reliable information. That guidance, passed unanimously by the bipartisan elections commission, has been in place for 11 statewide elections without objection.

The elections commission said that there were no corrections to actual absentee ballots contained inside the envelopes as some have claimed. The witness signature and address information is all contained on the envelope in which the ballot is sent. 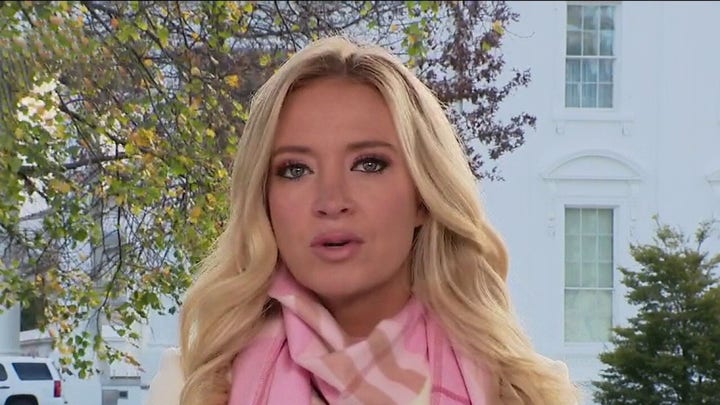 “The official canvass results reaffirmed Joe Biden’s clear and resounding win in Wisconsin after Wisconsin voters turned out to cast their ballots in record numbers," Biden's Wisconsin Communications Director Nate Evans said in a statement Wednesday. "A cherry-picked and selective recounting of Milwaukee and Dane County will not change these results."

Evans added: "Election officials worked extremely hard under unprecedented circumstances to ensure all votes were counted quickly and accurately, and the recount demanded and paid for by the Trump campaign will once again confirm Joe Biden’s victory.”

Wisconsin elections officials have said there were no irregularities or widespread problems reported.

Recounts are not automatic under Wisconsin law. But any losing candidate who is within 1 point of the winner can request one. Trump lost by about six-tenths of a point, based on unofficial results. Candidates must pay for recounts if they are more than 0.25 points behind the winner.

As of midday Monday, 68 of 72 counties had completed certification of the vote. Those results, which include provisional ballots that were counted after Election Day, show that Biden picked up 122 votes and Trump gained 107 statewide so far. The net gain was 15 for Biden.

The intention to file a petition for a recount in the Wisconsin counties comes amid a recount in Georgia. More than 3,000 uncounted ballots turned up in Georgia as the state is conducting an audit of the 2020 presidential election.

The Trump campaign has filed lawsuits in several battleground states where Biden led by a razor-thin margin, including Arizona, Nevada, Pennsylvania and Georgia. The campaign has claimed instances of illegally counted votes after Election Day, and that poll watchers were blocked from observing counting.

President Trump over the weekend announced that his personal attorney, Rudy Giuliani, would be “spearheading the legal effort to defend our right to free and fair elections,” and announced that Joe diGenova, Victoria Toensing, attorney for Michael Flynn Sidney Powell, and Trump campaign lawyer Jenna Ellis would also participate in the effort.

Trump has not yet conceded, despite Biden gaining more than the necessary 270 electoral votes to win the presidency.