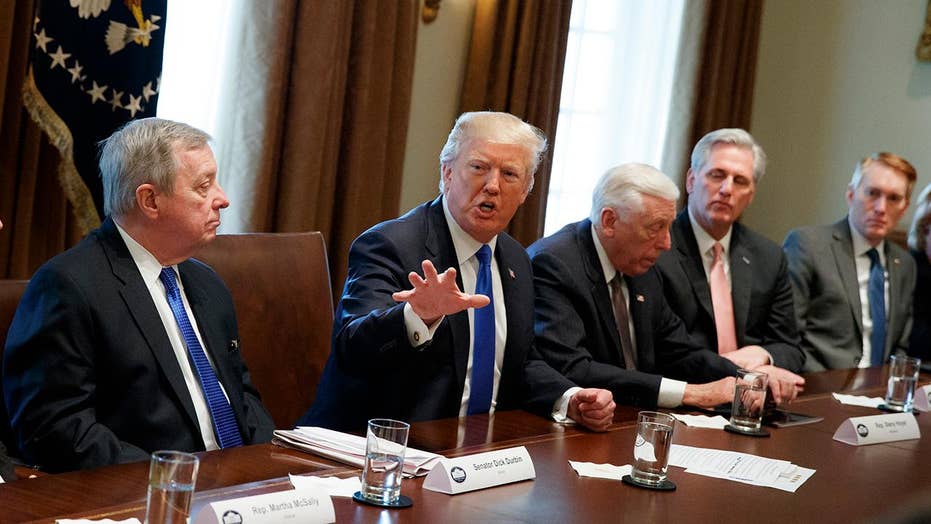 “It just shows everyone how broken and unfair our Court System is when the opposing side in a case (such as DACA) always runs to the 9th Circuit and almost always wins before being reversed by higher courts,” Trump tweeted Wednesday morning.

The president’s tweet was in reference to an injunction made by U.S. District Judge William Alsup from San Francisco, who ruled late Tuesday that the DACA program must stay intact until a final judgment is reached — meaning those already approved for DACA protections and work permits must be allowed to renew them before they expire.

The court’s order doesn’t change the administration’s “position on the facts,” the Justice Department said.

“DACA was implemented unilaterally after Congress declined to extend these benefits to this same group of illegal aliens,” a DOJ spokesperson said in a statement to Fox News, adding that it was an “unlawful circumvention of Congress.” “The Department of Homeland Security therefore acted within its lawful authority in deciding to wind down DACA in an orderly manner.”

The agency added: “The Justice Department will continue to vigorously defend this position, and looks forward to vindicating its position in further litigation.”

“An issue of this magnitude must go through the normal legislative process,” White House Press Secretary Sarah Sanders said in a statement to Fox News Wednesday. “President Trump is committed to the rule of law, and will work with members of both parties to reach a permanent solution that corrects the unconstitutional actions taken by the last administration.”

In September, Trump ended DACA -- the program formed through executive order by former President Barack Obama in 2012. The order allowed certain people, called Dreamers, who came to the U.S. illegally as minors to be protected from immediate deportation.

President Trump is currently negotiating with lawmakers over immigration reform, which includes his campaign promise of a wall along the U.S.-Mexico border, while Democrats are pushing to protect immigrants under DACA.

Trump tweeted Tuesday after a meeting at the White House with a bipartisan group of lawmakers that the wall "must" be part of any immigration deal.

"As I made very clear today, our country needs the security of the Wall on the Southern Border, which must be part of any DACA approval," Trump tweeted.