Is debunked Trump-Cohen report a huge blow to BuzzFeed's credibility?

President Trump on Friday night slammed a BuzzFeed News report, which alleges the president has been implicated in a crime, saying its release marked a “very sad day for journalism” after Special Counsel Robert Mueller's team released a rare statement claiming the outlet got its facts wrong.

Trump went to Twitter to remind his 57.5 million followers that BuzzFeed, an outlet he once called a “failing pile of garbage,” once also published the unverified and salacious dossier by former British spy Christopher Steele that was used to justify the FISA surveillance warrant against Carter Page, a former campaign adviser to then-candidate Trump.

“Remember it was Buzzfeed that released the totally discredited ‘Dossier,’ paid for by Crooked Hillary Clinton and the Democrats (as opposition research), on which the entire Russian probe is based!” he tweeted. “A very sad day for journalism, but a great day for our Country!”

Trump’s comments came after Mueller’s team detoured from its “no comment” media strategy and released a statement refuting the BuzzFeed story, which alleged that Trump instructed his former attorney, Michael Cohen, to lie to Congress about real estate deals in Russia.

“BuzzFeed’s description of specific statements to the Special Counsel’s Office, and characterization of documents and testimony obtained by this office, regarding Michael Cohen’s Congressional testimony are not accurate,” special counsel spokesman Peter Carr said in a statement Friday.

But while the language of the denial was tepid, Mueller’s rare statement suggested that none of the assertions in the BuzzFeed story are correct, the Washington Post reported. 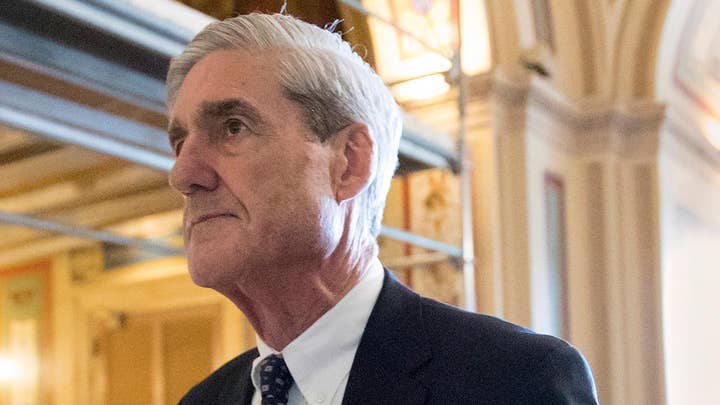 The BuzzFeed report, based on two anonymous sources, claims that Trump directed Cohen to lie to Congress about a Trump Tower project in Moscow during the 2016 presidential election.

BuzzFeed also claims Mueller learned of the instructions to lie to Congress from “interviews with multiple witnesses from the Trump Organization and internal company emails, text messages, and a cache of other documents.”

Rudy Giuliani, Trump’s lawyer, also issued a rare statement of praise of the Mueller team for refuting the story and suggested the Department of Justice should go after the leakers of the false information.

“Now the DOJ must reveal the leakers of this false BuzzFeed story which the press and Democrats gleefully embraced. And maybe House Dems should wait to investigate until the Mueller report is filed. 4 have started already. There may be nothing to legitimately investigate,” he wrote in a tweet.

“I commend Bob Mueller’s office for correcting the BuzzFeed false story that Pres. Trump encouraged Cohen to lie,” Giuliani added. “I ask the press to take heed that their hysterical desire to destroy this President has gone too far. They pursued this without critical analysis all day.”

BuzzFeed’s editor-in-chief, Ben Smith, issued a statement reiterating that the outlet stands “by our reporting and the sources who informed it” and urged the special counsel “to make clear what he’s disputing.”