With the Senate majority up for grabs, which will likely determine how successful President-elect Joe Biden will be in passing his incoming administration’s agenda, the stakes in Tuesday’s twin Senate runoff elections in Georgia were already enormous.

But with both Biden and President Trump holding election eve rallies in the Peach State, the controversial recorded phone conversation between the president and Georgia Secretary of State Brad Raffensperger – which went viral on Sunday – adds a climactic twist in the final hours of the runoff campaign.

Both the outgoing president and his successor are each aiming to boost Election Day turnout by their party’s base voters, following a just concluded early voting period that appeared to advantage the Democrats.

Democrats are optimistic about the chances of challengers Jon Ossoff and Rev. Raphael Warnock defeating Republican Sens. David Perdue and Kelly Loeffler based on the early-vote numbers. The figures show Black voters – a crucial base of the Democratic Party – making up a larger percentage of the early-voting electorate than in November’s general election. And they show higher turnout in Democratic congressional districts than in their GOP counterparts.

That’s making Democrats less nervous about a repeat of the usual voter turnout drop among their supporters in past Georgia runoff elections. And it means that Republicans will have to work harder to get out their voters in Tuesday’s elections, contests that are all about getting out the base rather than trying to persuade undecided voters.

Veteran GOP strategist Karl Rove, a Fox News contributor who was the political mastermind behind both of President George W. Bush’s White House victories, wrote in a memo last week that "the combined total number of votes cast so far by absentee mail-in and in-person early voting is a couple points more Democratic than it was in the fall."

Republicans are counting on a boost from Trump, who campaigns Monday night on behalf of Loeffler and Perdue in Dalton, in the heavily Republican northwest corner of Georgia.

"President Trump’s visit to Dalton for a rally Monday night Jan. 4 should help drive GOP turnout that Tuesday in a big way," Rove said in his memo, which was first reported by Politico and also obtained by Fox News.

PERDUE SAYS TRUMP RIGHT THAT 'SOMETHING UNTOWARD' HAPPENED IN ELECTION

"Nobody turns out the base better than the president and our hope is that his trip to Georgia will turn out the base tomorrow that we need to in order to make sure that Kelly and David win these races," Lake emphasized.

And for Trump’s rally, it’s all about the location

"If runoffs are base turnout elections, and we need a big Election Day turnout, there’s no better place to go than North Georgia," Lake highlighted.

"We have a lot of opportunity there. Some of the early vote numbers were a little lower than we wanted them to be but we’re confident the Election Day turnout in North Georgia is going to be high and that North Georgia can be the linchpin to deliver this state for David and Kelly and if we do that, the president will get a lot of credit for that," he explained.

But Trump’s rally may be overshadowed by the president’s leaked conversation with Raffensperger, which was first reported by the Washington Post.

At one point during the conversation, Trump reportedly told the Republican secretary of state that "all I want to do is this. I just want to find 11,780 votes, which is one more than we have, because we won the state."

That’s one vote more than the 11,799 votes that Biden topped Trump with in Georgia, according to the state’s certified election results. The ballots in Georgia were counted three times – the original Election Day count, a mandatory hand recount, and a recount requested by the president’s campaign.

Both Raffensperger and Republican Gov. Brian Kemp, who are both Trump supporters, have been repeatedly attacked by the president for refusing to aid his attempts to reverse Biden’s narrow victory in the state. 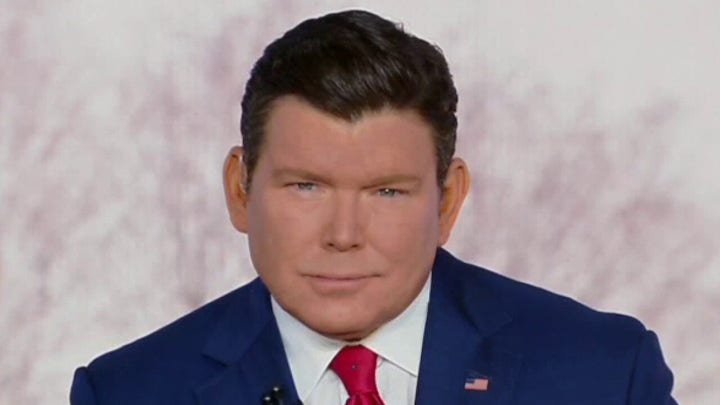 Trump’s refused to conceded to Biden and claimed for two months that there was massive voter fraud in Georgia and five other states where he was edged by the former vice president. Dozens of legal challenges by the president and his allies have been shot down. Plus, Attorney General William Barr, who has since stepped down, said recently that his Justice Department had not seen fraud on the kind of scale that could flip the election.

"That is a direct attack on our democracy," Ossoff charged during a drive-in rally on Sunday. "If David Perdue and Kelly Loeffler had one piece of steel in their spine, one shred of integrity, they would be out here defending Georgia voters from that kind of assault."

Loeffler and Perdue have continuously backed Trump’s claims that the election was rigged and had previously called on Raffensperger to resign.

Perdue, in an interview Monday morning on Fox News’ "America’s Newsroom," said the leak of the phone call was "disgusting."

But Kemp, who Trump last week urged to resign, told Fox News’ Brett Baier and Martha McCallum on Sunday that the recorded call between Trump and Raffensperger is "a distraction" and that he’s "staying focused on these Senate races."

A Georgia-based Republican strategist told Fox News that "if you’re on Kelly and David’s team and you listen to that phone call, you’re concerned about a lot of what was said on that phone call."

And the strategist, who asked to remain anonymous to speak more freely, emphasized that "we’re very anxious to see what he’s going to say. Because what we don’t want to have happen is the president to come down here to do a rally with our candidates and have it have the opposite effect and turn  into a something that might turn out the Democratic base more than the Republican base."

"That scenario, if it manifests itself, would be a disaster," the strategist stressed.

Biden also heads to Georgia on Monday with plenty on the line.

If the Democrats sweep the contests, the Senate would be split 50/50 between the two parties. But thanks to Vice President-elect Kamala Harris’ tie-breaking vote, the Democrats would enjoy a razor-thin majority in the chamber, as well as narrow control of the House.

Otherwise, the GOP would retain the chamber and Senate Majority Leader Mitch McConnell, R-Ky., would keep his position, and the ability to stymie many of the proposals Biden hopes to pass through Congress.

For Biden, who in November became the first Democratic presidential candidate to carry Georgia in more than a quarter-century, Monday’s rally location is also all about location. He’ll team up with Ossoff and Warnock in Atlanta, the state’s capital and largest city. Early voting turnout has soared in Atlanta and the surrounding suburbs – and the Democrats don’t want to let up on the eve of the election.

But she emphasized, "We’re not naive about the fact that this is a special election in early January, and we’re going to take no vote for granted."