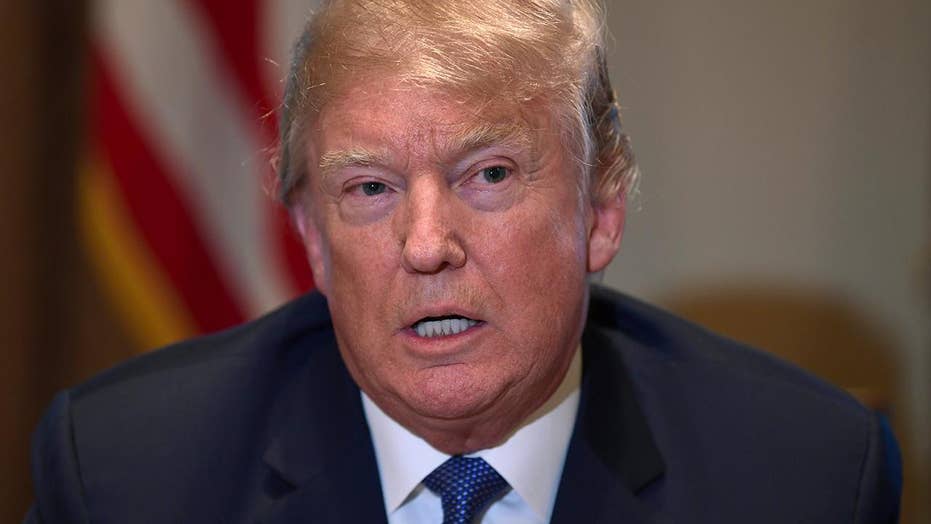 President blasts Special Counsel Robert Mueller's investigation as 'an attack on our country,' criticizes Jeff Sessions for 'terrible decision' to recuse himself.

President Trump reacted angrily Monday to news that federal agents had raided the office and home of his personal attorney, Michael Cohen -- calling the action "disgraceful" and describing special counsel Robert Mueller's investigation as "an attack on our country."

Before a White House meeting with top military advisers, Trump took several minutes to blast the raid and the Mueller probe.

"It's a disgraceful situation. It's a total witch hunt," said Trump, who claimed that he had "given over a million pages in documents to the special counsel. They continue to just go forward ... and I have this witch hunt constantly going on for over 12 months now. Actually it's much more than that. You could say right after I won the [2016 Republican] nomination it started."

Trump also accused Mueller's investigators of being "the most biased group of people [with] the biggest conflicts of interest" and said Attorney General Jeff Sessions "made a terrible mistake for the country" when he recused himself from overseeing the Russia investigation last year.

A source close to the White House told Fox News' John Roberts that the raid showed that the Mueller investigation "is out of control" and was a "demonstration of bad faith" on the part of the special counsel.

"What in the name of God is Mueller doing?" the source told Roberts. "He wants to take down the President." 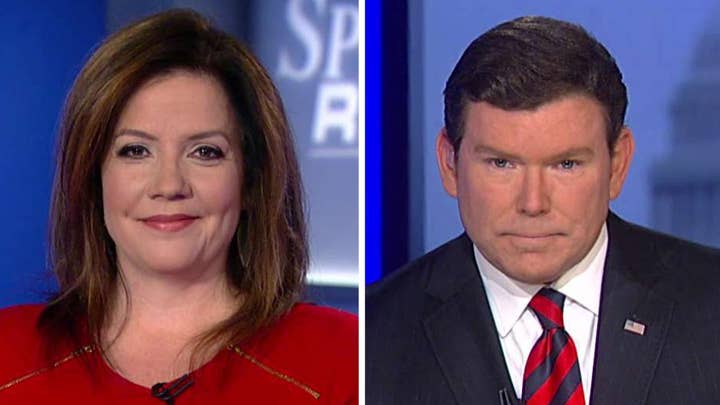 Cohen's attorney, Stephen Ryan, said Monday's raid was conducted by the U.S. Attorney's office in Manhattan and was based at least partly on a referral from Mueller.

"The decision by the U.S. Attorney's Office in New York to conduct their investigation using search warrants is completely inappropriate and unnecessary," Ryan said in a statement. "It resulted in the unnecessary seizure of protected attorney client communications between a lawyer and his clients."

A source close to the White House also agreed with Trump's take on the alleged bias of Mueller investigators, saying that "the hiring of all those Clinton people for Mueller’s team was not an accident. It was done to bring down the president."

SPECIAL COUNSEL MUELLER'S TEAM HAS ONLY ONE KNOWN REPUBLICAN

In February, Fox News reported that most of the 17 confirmed attorneys on Mueller's team were registered Democrats or made Democratic political donations.

A source close to the Trump legal team told Fox News' Catherine Herridge that the raid on Cohen was "aggressive" and designed to "squeeze the president." The source, who has knowledge of talks between Mueller and the president's legal team, added that the raid "puts a fork in" the prospect of Trump agreeing to be interviewed by the special counsel.

Still, the existence of a referral from Mueller's office to the Manhattan U.S. Attorney suggests that the matter isn't related to Russia.

Under Justice Department regulations, Mueller is required to consult with Deputy Attorney General Rod Rosenstein when his investigators uncover new evidence that may fall outside his original mandate. Rosenstein then would determine whether to allow Mueller to proceed or to assign the matter to another U.S. attorney or another part of the Justice Department.

Cohen has more recently attracted attention for his acknowledgment that he paid Daniels $130,000 out of his own pocket just days before the 2016 presidential election. Cohen has said neither the Trump Organization nor the Trump campaign was a party to the transaction with Daniels and he was not reimbursed for the payment.

Several former officials at the Federal Election Commission have said the payment appears to be a violation of campaign finance laws, and multiple Washington-based groups have filed complaints with the FEC, urging it to investigate. 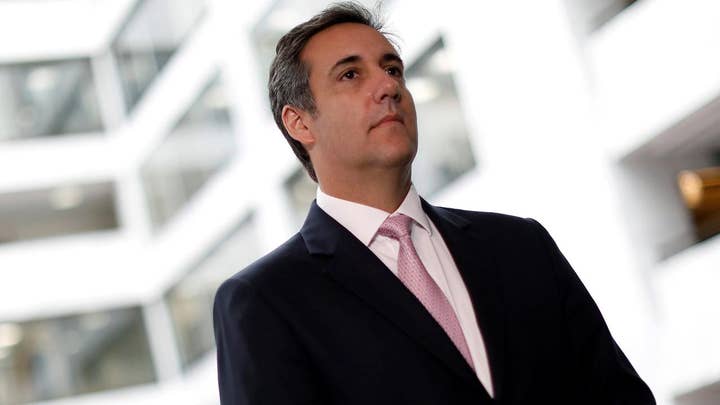 There have been few signs that Mueller was interested in investigating the payment, though. One Mueller witness, former Trump aide Sam Nunberg, recently connected the special counsel with the payment, saying in an interview on MSNBC last month that prosecutors had asked him about it.

Trump answered questions about Daniels for the first time last week, saying he had no knowledge of the payment made by Cohen and he didn't know where Cohen had gotten the money. The White House has consistently said Trump denies the affair.

"Why don't I just fire Mueller?" asked Trump, repeating a reporter's question to him Monday night. "Well, I think it's a disgrace what's going on. We'll see what happens, but I think it's really a sad situation when you look at what happened.