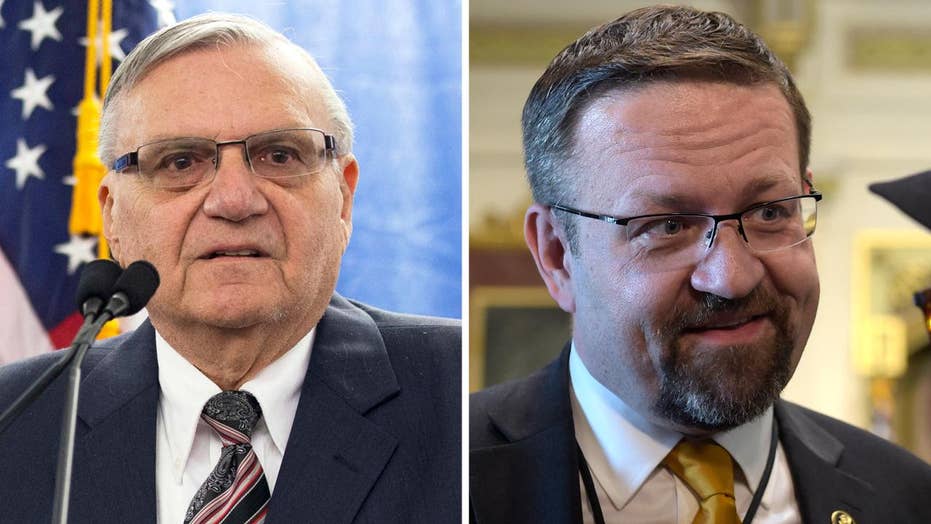 It was not immediately clear whether Gorka had resigned or had been fired. In a purported resignation letter obtained by the Federalist, Gorka said the "best and most effective way" he could support President Trump "is from outside the People’s House."

However, White House officials told Fox News late Friday that Gorka did not actually resign, but confirmed he "no longer works" at the White House.

A Trump adviser familiar with the circumstances of Gorka's departure told Fox News that the deputy assistant recently had a tense phone conversation with new White House Chief of Staff John Kelly in which Kelly asked Gorka why he was on a long vacation in the middle of myriad national security challenges.

When asked about his exit, Gorka texted Fox News a one-word response: "Liberating."

Gorka later called to say that in terms of his vacation, Kelly "never mentioned it for a millisecond."

Gorka's version is he called Kelly on Friday through the Situation Room and told the chief of staff he was resigning and wanted to come into the office on Monday to hand-deliver his resignation letter to the president. Kelly basically short-circuited that by suggesting there was no need for Gorka to come back to the White House.

In his letter, Gorka expressed dissatisfaction with the direction of the Trump administration, saying that "given recent events, it is clear to me that forces that do not support the [Make America Great Again] promise are – for now – ascendant within the White House."

Gorka added that apart from Trump himself, "the individuals who most embodied and represented the policies that will 'Make America Great Again,' have been internally countered, systematically removed, or undermined in recent months."

Gorka was a controversial figure in the Trump administration, with Democrats accusing him of having ties to white supremacist groups. He was also close to Steve Bannon, Trump's chief strategist who was fired from the White House last week and has since returned to his former post as the executive chairman of Breitbart News.

Last week, Rep. Adam Schiff, D-Calif., said that Gorka and policy adviser Stephen Miller should both be fired in the wake of a violent white supremacist rally in Charlottesville, Va.

"There certainly are a lot of people on the White House staff and [National Security Council] staff that shouldn't be there, people like Miller and Gorka and others, who not only, I think, represent the same thing that Steve Bannon did but also aren't capable of doing the job well," Schiff told CNN after Bannon's dismissal. "So, yes, I think there's more cleaning house that ought to take place."