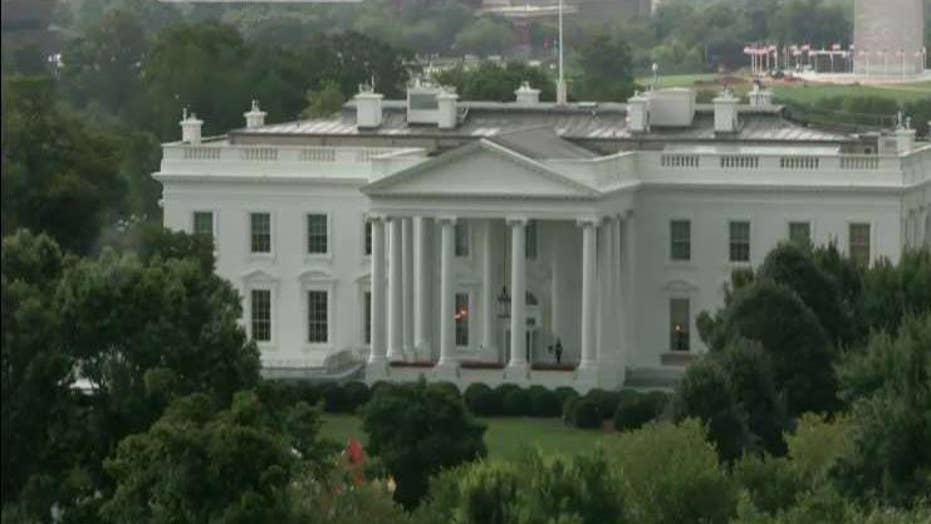 FOX Business' Edward Lawrence reports on new immigration rules which include children born to U.S. citizens outside of the United States are not automatically U.S. citizens.

In a partial reversal, the Trump administration announced Monday it would resume the practice of considering whether to defer the deportations of certain people living in the U.S. illegally, on a temporary, case-by-case basis, after it abruptly suspended the process for non-military requesters earlier this month.

U.S. Citizenship and Immigration Services (USCIS), in a statement, announced that "letters will be sent this week re-opening all cases" for potential deferred deportation action that were pending on Aug. 7 -- the date the administration stopped entertaining the requests. Agency officials said they were still reviewing whether to continue considering deferrals for cases past that date.

At the same time, the agency suggested it was winding down consideration of the deferral requests, which it characterized as routine exercises of prosecutorial discretion.

"While limiting USCIS’ role in deferred action is appropriate, USCIS will complete the caseload that was pending on August 7," the statement continued. "As USCIS’ deferred action caseload is reduced, the career employees who decide such cases will be more available to address other types of legal immigration applications on a more efficient basis."

Temporary deferrals are protections letting illegal immigrants stay in the country and avoid deportation while they or their relatives receive life-saving medical treatments or endure other hardships. The deferrals would not provide families with paths to citizenship, though they could qualify for government-funded health benefits and receive legal permission to work while their children receive medical treatment.

Critics denounced the administration's suspension of the practice as a cruel change that could force desperate migrants to accept lesser treatment in their poverty-stricken homelands. In its statement, USCIS asserted that nobody seeking a deferral had been "targeted for deportation."

"Those denied requests that were pending on August 7 did not have removal orders pending, and have not been targeted for deportation," USCIS said.

In Boston alone, the decision could affect about 20 families with children fighting cancer, HIV, cerebral palsy, muscular dystrophy, epilepsy and other serious conditions, said Anthony Marino, head of immigration legal services at the Irish International Immigrant Center, which has represented the families.

Advocates said letters from UCSIS announcing the end of the deferral procedure had been issued to illegal immigrants in California, North Carolina and elsewhere.

"Can anyone imagine the government ordering you to disconnect your child from life-saving care — to pull them from a hospital bed — knowing that it will cost them their lives?" Marino said.

The administration's policy earlier this month affected all pending requests, including from those seeking a renewal of their two-year authorizations and those applying for the first time. The only exception was for military members and their families.

The special status was similar to the Deferred Action for Childhood Arrivals (DACA) program that then-President Barack Obama created in 2012 to shield immigrants brought to the country as children from deportation — another policy the administration has been trying to dismantle.

Several appeals courts, however, have blocked the White House from reversing Obama's unilateral creation of the DACA program, saying that because millions were relying on the program, it could not be stopped abruptly without valid and non-pretextual legal justification. The Supreme Court is expected to take up the matter soon. 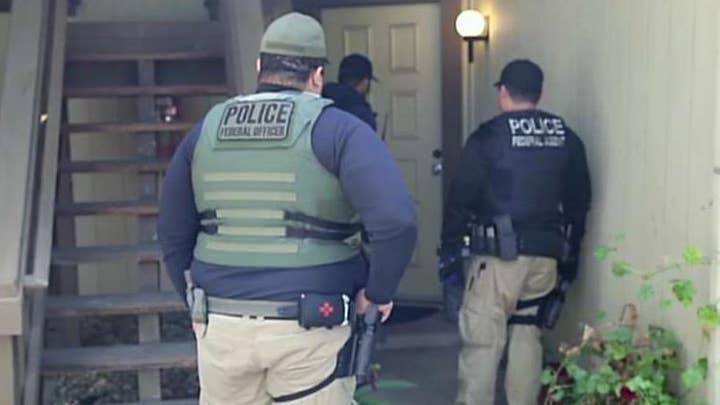 The agency estimated it's received about 1,000 deferred action requests per year related neither to the military nor to DACA. Most of them cited medical or financial hardships, the agency said.

Going forward, applicants will be able to seek deportation deferrals from a different agency, Immigration and Customs Enforcement (ICE), according to the spokeswoman.

The elimination of the special status for medical care was one of several aggressive steps the Trump administration has taken in recent weeks to crack down on illegal immigrants.

The administration also aimed to deny green cards to many immigrants using Medicaid, food stamps, housing vouchers or other public assistance, and to end a long-running agreement limiting how long migrant children could be kept in detention. The White House has said that agreement, the Flores consent decree, unwittingly incentivized illegal immigrants to bring children with them across the border, as a kind of shield from criminal prosecution.

President Trump floated the idea of ending the right to citizenship for babies born to foreign people on U.S. soil, and the administration has sought to crack down on unnecessary asylum claims along the U.S.-Mexico border.

Separately, the Trump administration briefly sparked confusion last week when it issued updated policy guidance saying some children of U.S. government employees and service members who live abroad may not be considered to be living in the U.S. for the purposes of automatically acquiring citizenship.

The new guidance applied only to a small group of children born abroad and did not affect children who were citizens at birth or who have already acquired citizenship.

Meanwhile, a suspect was arrested Friday after allegedly tossing a lit Molotov cocktail into the lobby of a USCIS office in Florida. It was the latest in a string of attacks against Homeland Security facilities.