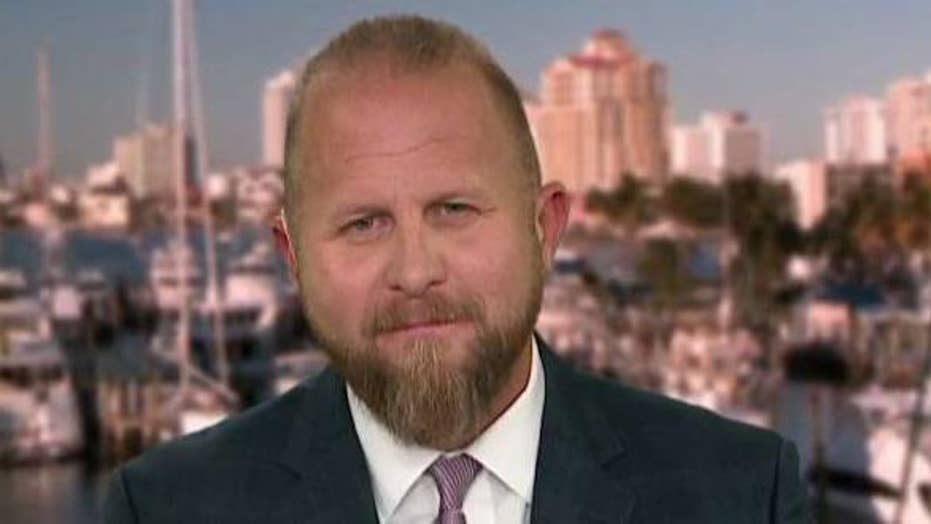 Trump campaign manager shares an inside look at Trump's 2020 campaign

Trump 2020 campaign manager Brad Parscale isn't worried about whoever emerges as the Democratic challenger next year and is confident the president will win four more years in the White House.

"I think the president could beat anybody. The momentum we're seeing right now. I mean look... one hundred five million raised, a hundred million cash on hand. What we're seeing overall the president success is overseas, the momentum behind this president right now is like nothing that history has ever seen," Parscale said Tuesday on "The Story with Martha MacCallum" dismissing Democratic presidential contenders Elizabeth Warren, Kamala Harris and Pete Buttigieg's rise in the polls and campaign fundraising.

The Trump campaign announced Tuesday that its re-election operation raised a whopping $105 million in the second quarter, significantly more than Democrats have been pulling in.

A Quinnipiac poll released Tuesday showed Joe Biden at 22 percent, down 8 points from a prior poll in June. Harris, meanwhile, soared from just 7 percent to 20 percent in the latest survey, putting her in a statistical tie with the Democratic powerhouse. Massachusetts Sen. Elizabeth Warren held steady at 14 percent.

Parscale touted Trump's success in his presidency so far, saying that will fuel his re-election.

"We're not even in the main portion of the campaign yet where we're already raising large numbers, this president in the voice he has, the message he can control, in the way he can control what's happening on the media. No one can touch this," Parscale said.

"And I think the president is set for four more years."

MacCallum asked the campaign manager how the president would respond to the promises being made by Democrats including free college and health care. Parscale gave Trump red for correcting the Affordable Care Act and said the administration would have to talk about the "rising college prices."

"I think the Republican Party is in a strong position with Latino voters and other demographics. I think the Republic Party is on a straight course to more victories win back the House lead the Senate and have four more years of President Trump so I'm not worried about it one bit," Parscale said.