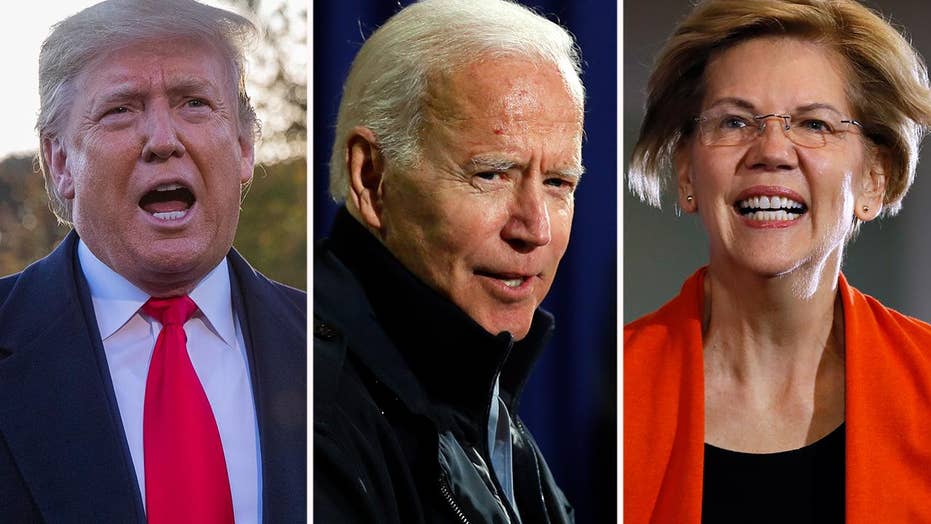 The latest national polls in the presidential race would appear to point to a rout for President Trump in 2020, showing him getting trounced by the leading Democratic presidential contenders -- in many cases by double digits.

But the landscape in the battleground states -- which actually determine the winner in the fight for electoral votes -- tells a much different story. In those purple states, including the Rust Belt territory so critical to Trump's win the last time around, the incumbent remains locked in what polls indicate would be a tight race against several top contenders.

Together, they offer a sign that Trump, even as he faces the prospect of impeachment and a country sharply divided over his presidency, is more competitive than the national polls reflect.

'It's all about the states.'

Anyone needing a refresher on the fact that the national popular vote does not pick presidents received it courtesy of the 2016 election when Democratic nominee Hillary Clinton topped the Trump by nearly 3 million votes nationwide -- but Trump won by narrowly carrying crucial battleground states, giving him a convincing Electoral College victory. 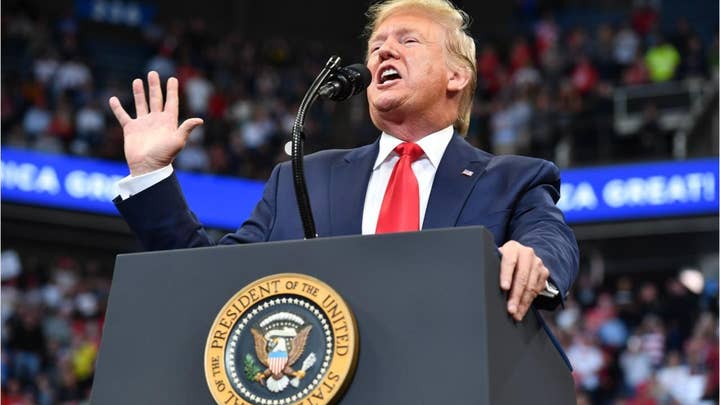 “National polls are meaningless when trying to assess President Trump's election chances. It's all about the states,” said Neil Newhouse, a veteran Republican pollster.

But those national polls keep coming – and keep grabbing headlines.

It was a slightly closer contest in a Fox News Poll released on Sunday, with Biden topping Trump by 12 percentage points, Sanders ahead by 8 points, Warren by 5 points and Buttigieg tied with the president. An NBC News/Wall Street Journal survey released the same day indicated Biden ahead of Trump by 9 points and Warren topping the president by 8 points.

But longtime Republican consultant Tom Rath – a former New Hampshire attorney general who served as a senior adviser on the Romney 2012 presidential campaign and in the same role for then-Ohio Gov. John Kasich’s 2016 GOP primary campaign – isn’t paying attention to such surveys.

“The national polls don’t really tell you really anything about the general election. The general election is going to be run and determined in six to nine states. The only thing that really matters are the head to heads in those states,” Rath highlighted.

Pointing to the battleground states – which are up for grabs every four years – Rath said: “I would be polling the devil out of Wisconsin, Michigan, Pennsylvania, about eight or nine states at the most.”

New polling in many of those states – also known as swing or purple states – by the New York Times Upshot and Siena College indicates a much more competitive contest.

The polling shows Trump and Biden tied up in Michigan, while the president trails Sanders by 2 points and leads Warren by 6 in the same state.

In fact, in the three rust-belt states of Pennsylvania, Michigan and Wisconsin – part of the Democrats’ blue wall which Trump tore down in 2016 – the surveys show the contest within single-digit margins. It’s the same story in Florida – the largest of the battleground states where 29 electoral votes are up for grabs.

Other recent polls in the states paint a similar portrait. A Marquette Law School survey conducted last month in Wisconsin showed Biden ahead of the president by 6 points, Sanders with a 2-point advantage, Warren with a 1-point edge and Trump with a 2-point advantage over Buttigieg. And a University of North Florida poll also conducted last month indicated Biden up 5 points and Warren with a 3-point edge over Trump in the Sunshine State.

These most recent polls come as the Democratic majority in the House of Representatives has begun an impeachment inquiry into the president over the Ukrainian controversy. Newhouse claims impeachment is helping the president rally his base in the key battleground states.

“Just as President Clinton's impeachment helped his job approval because Democrats came to his defense, we're seeing much the same thing now, with Republicans coalescing behind Trump in the face of what they perceive to be a political impeachment,” Newhouse said.