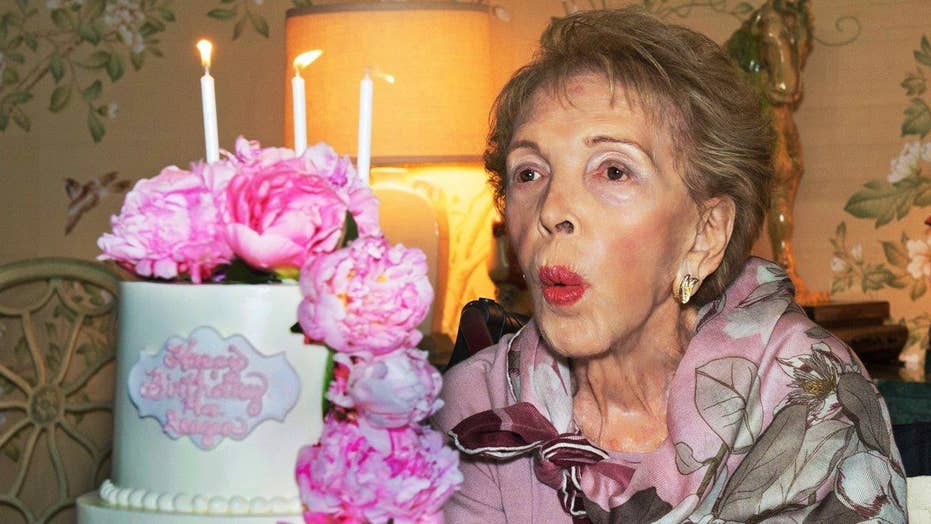 Former Reagan ambassador: It was a privilege to know Nancy

On 'America's Newsroom,' Amb. Bob Tuttle calls Reagan one of the most influential first ladies in history

The death of Nancy Reagan on Sunday has brought an outpouring of sympathy and honor for the former first lady from around the world and across political parties.

"Nancy Reagan once wrote that nothing could prepare you for living in the White House," said President Obama and first lady Michelle Obama, in offering condolences to the Reagan family.

"She was right, of course. We were fortunate to benefit from her proud example, and her warm and generous advice. ... And we remain grateful for Nancy Reagan's life, thankful for her guidance, and prayerful that she and her beloved husband are together again."

Former GOP California Gov. Arnold Schwarzenegger said: “Nancy Reagan was one of my heroes. She served as first lady with unbelievable power, class and grace and left her mark on the world.”

Reagan, the widow of former Republican President Ronald Reagan, died Sunday morning of congestive heart failure, according to her spokesperson. She was 94.

"Nancy Reagan was totally devoted to President Reagan,” Barbara Bush said. “We take comfort that they will be reunited once more.”

Israel Prime Minister Benjamin Netanyahu said: "I remember Nancy as a noble woman who supported President Reagan and stood by his side. She will be remembered as a great friend of the State of Israel."

“The wife of a truly great president,” Trump also said. “She will be missed."

Reagan died at her home in Los Angeles. She's set to be buried at the Ronald Reagan Presidential Library in Simi Valley, Calif., next to her husband.

The library is closed to the public Sunday so that the facility can be prepared for the viewing, memorial service and burial.

"Nancy was an extraordinary woman: a gracious first lady, proud mother, and devoted wife to President Reagan-her Ronnie," said former President and first lady Bill Clinton and Hillary Clinton. "Her strength of character was legendary. ... We join all Americans in extending our prayers and condolences to her beloved children and her entire family during this difficult time."

Reagan, whose husband died in 2004, had appeared frail after suffering several falls in recent years.

Texas Sen. Ted Cruz, another leading GOP presidential candidate, said Nancy Reagan will be remembered for “her deep passion for this nation and love for her husband, Ronald. The Reagan family is in our prayers."

"Mrs. Reagan was fiercely loyal to her beloved husband, and that devotion was matched only by her devotion to our country," the former first family said. "Her influence on the White House was complete and lasting. ... Laura and I are grateful for the life of Nancy Reagan, and we send our condolences to the entire Reagan family."

Former President Jimmy Carter and first lady Rosalynn Carter said Reagan "will always be admired for her strength of conviction and her lifelong devotion to her husband."

They also said her "just say no" campaign prevented many young people from "falling prey to the allure of drug use" and that her advocacy for stem cell research raised public awareness and influenced decision makers about vital research for Alzheimer's disease.