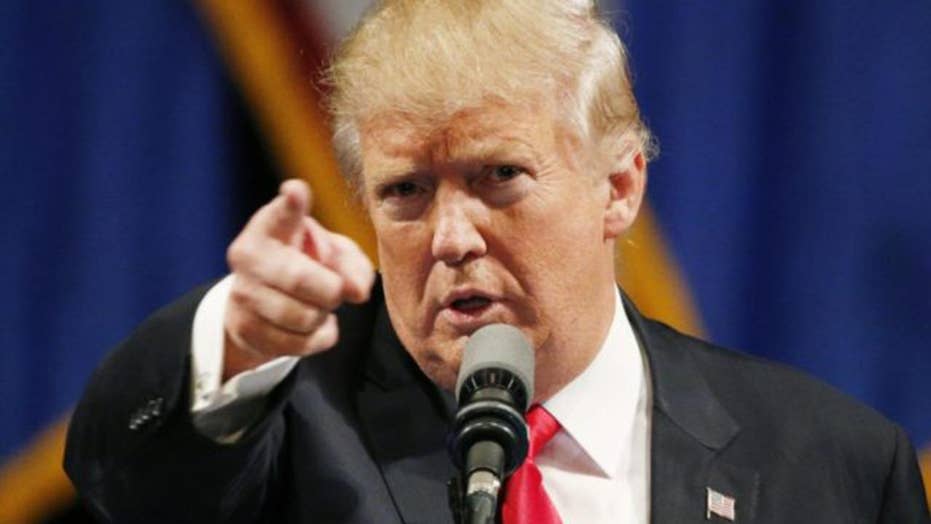 Trump administration cracks down on leaks

Natalie Mayflower Sours Edwards is accused of illegally photographing Suspicious Activity Reports (SARS) -- which are sent by banks and other financial institutions to alert law enforcement to potential illegal activity -- and leaking them to the press. Edwards worked as a senior adviser at the Treasury Department’s Financial Crimes Enforcement Network (FinCEN), according to a press release by the Southern District of New York.

“In her position, Edwards was entrusted with sensitive government information.  As we allege here today, Edwards violated that trust when she made several unauthorized disclosures to the media,” FBI Assistant Director-in-Charge William F. Sweeney Jr. said in a statement. “Today's action demonstrates that those who fail to protect the integrity of government information will be rightfully held accountable for their behavior.”

Edwards is accused of disclosing numerous SARs to a reporter, which formed the substance of 12 articles by that reporter’s news outlet. According to the Southern District, she was in possession of a flash drive on which she appeared to have saved the SARS, as well as a cellphone which she allegedly used to transmit the information to the reporter.

Edwards, 40, was due to appear in court in the Eastern District of Virginia in a hearing Wednesday afternoon. She is charged with one count of unauthorized disclosures of suspicious activity reports and one count of conspiracy to make unauthorized disclosures of suspicious activity reports, both of which carry a maximum sentence of five years in prison.

The arrest comes after a former security director for the Senate Intelligence Committee pleaded guilty to one count of giving a false statement to FBI agents looking into leaks of national security information to several reporters -- including one at the New York Times whom he dated.

James Wolfe, who served as the Senate panel's security director, lied to the FBI in December 2017 about contacts he had with three reporters, according to a statement of offense released Monday as part of his guilty plea. He also allegedly lied about giving two reporters non-public information about committee matters. His guilty plea on Monday to one count means that the other two counts against him will be dismissed.

Fox News’ Kendall Gastelu and Gregg Re contributed to this report.