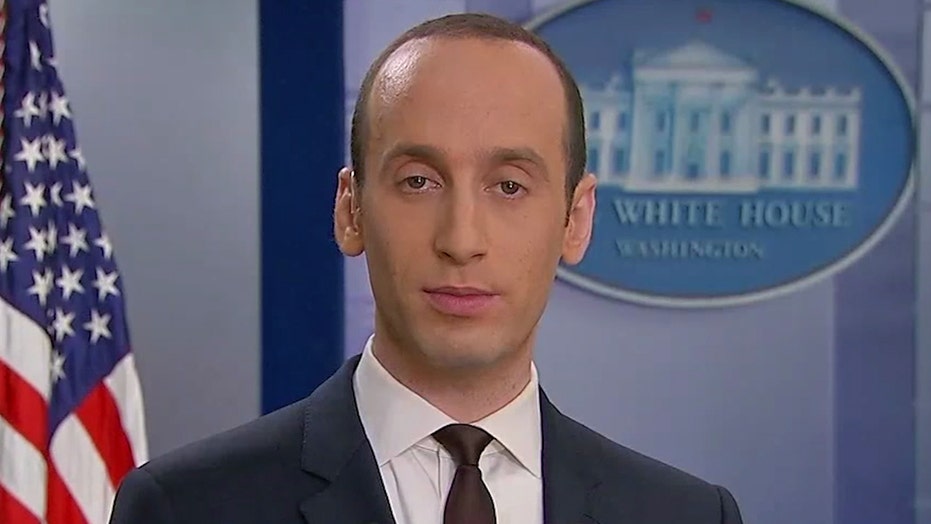 Stephen Miller: President has authority to control US border

President Trump’s assertions about widespread voter fraud in the 2016 elections re-emerged this weekend, with a top Trump adviser saying Sunday the White House has provided “enormous evidence” to support claims while still producing no evidence.

Trump has argued since November that voter fraud cost him the popular vote, which he lost to Democratic presidential nominee Hillary Clinton by several million ballots. However, the White House has yet to provide evidence, at least publicly, to support the argument.

“This morning, on this show, is not the venue for me to lay out all the evidence,” Miller said. “But I can tell you this: Voter fraud is a serious problem in this country.”

The issues of voter and voter-registratration fraud came into play again last week after a closed-door meeting with senators and former New Hampshire GOP Sen. Kelly Ayotte, who with Trump lost that state on Election Day.

Trump purportedly said in the meeting that thousands of people were brought from Massachusetts to New Hampshire to “illegally” vote.

Miller said Sunday that he has worked on election campaigns in New Hampshire and that the situation is widely known in the state’s political circles, though he did not provide any hard-copy evidence.

“Go to New Hampshire. Talk to anybody who has worked in politics there for a long time,” he said. “Everybody is aware of the problem.”

Trump’s claim about New Hampshire prompted a Federal Election Commission official to urge the president to share evidence supporting his allegation so it can be investigated.

The president in recent weeks has gotten some support on the issue from fellow Republicans who have said voter fraud has occurred in their states.

However, Senate Majority Leader Mitch McConnell, R-Ky., has said he doesn’t want to spend federal money to investigate the issue.

North Carolina Rep. Mark Meadows told reporters at the recent Republican retreat in Philadelphia that he’s aware of instances of voter fraud in his congressional district but was uncertain about the extent.

Miller said Sunday that Kansas Secretary of State Kris Kobach has evidence of vote fraud in his state.

“I suggest you invite Kris Kobach onto your show, and he can walk you through some of the evidence,” Miller said.

And last week, a Mexican national was sentenced to eight years in prison for voter fraud in Texas. The woman’s lawyer suggested that people in that region believing Trump's claims about election rigging led to the conviction and harsh sentencing, calling it the “800-pound gorilla" in the jury box.