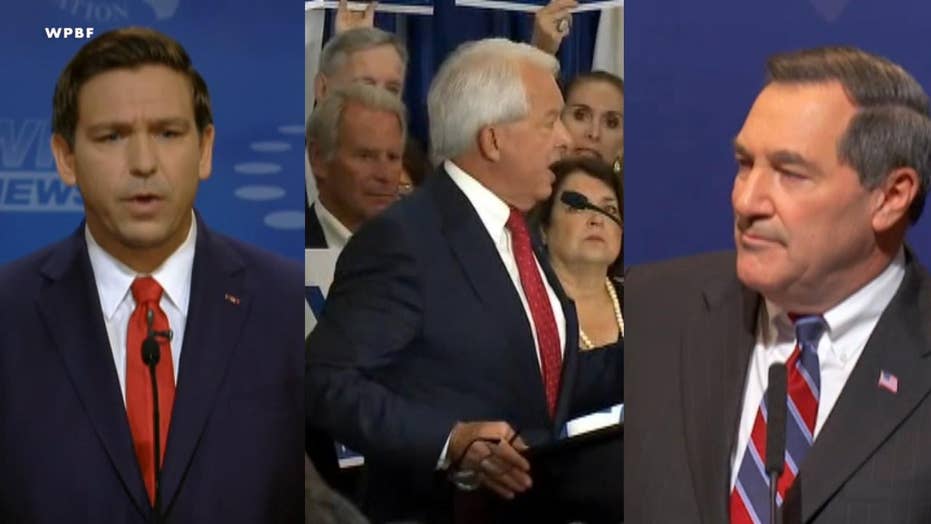 While Democrats and Republicans differ on the issues, candidates from both parties around the country have made major gaffes.

From a candidate being dragged offstage to comments with racial undertones, several debate moments in the 2018 midterm elections have stood out for their cringe factor.

A few candidates have even had to walk back statements made from the debate stage.

Read on for a look at six debate moments of 2018 that left viewers shaking their heads.

No ifs, ands or buts 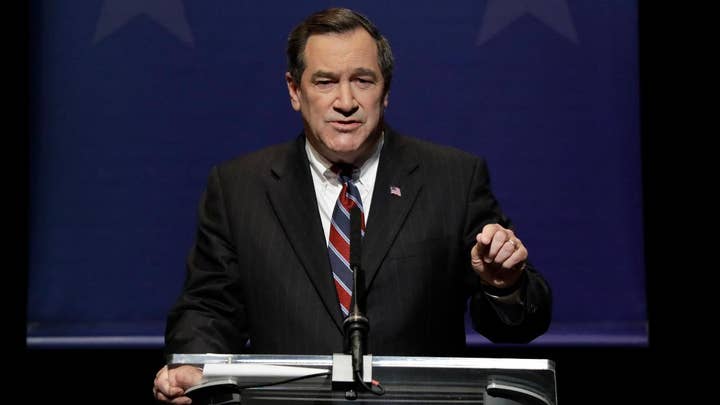 “Our state director is Indian American, but he does an amazing job,” Donnelly said, responding to a question about diversity on staff. “Our director of all constituent services – she’s African American, but she does an even more incredible job than you could ever imagine.”

Republicans immediately called out Donnelly for using the conjunction “but” in describing the employees’ performance.

Donnelly later told Fox News he “misspoke” during the debate.

“I meant to say ‘and’ instead of ‘but,’” Donnelly said. “That would have communicated what I have tried to do my entire life: that I make a habit to seek out and promote people of color for both my campaign and official staff.”

During the October debate, Donnelly said there needs to be a special focus on giving minorities opportunities.

“We want everybody to have a chance in Indiana and in America,” he said. “And my offices reflect that, both on the campaign side and on the Senate side.”

The race between Donnelly and Braun is ranked a toss-up by Fox News.

Congressional candidate Anthony Delgaldo walked back his comments after he said "Israel is not a Jewish democracy."  (Skip Dickstein/The Albany Times Union via AP)

“As currently constructed, you know, Israel is not a Jewish democracy. Those settlements make it so that it can’t be. So, we’ve got to have a two-state solution,” Delgado said in the October debate, according to the New York Post.

He stood by his statements even after Rep. John Faso, the Republican he is challenging in the election, disputed him.

But in a later debate, Delgado walked it back, the Post reported.

“Israel is a democracy, and it is a Jewish democracy,” he said.

“My point in the debate … was to say that, if it is to remain one for generations to come, it is urgent, critical that we have a two-state solution. As a man who is married to a Jewish woman, raising two Jewish children, I care deeply about the fate of Israel,” he said.

To vote or not to vote

Massachusetts Gov. Charlie Baker said he "misspoke" when he refused to endorse another Republican during a debate.  (Meredith Nierman/WGBH-TV via AP)

Massachusetts GOP Gov. Charlie Baker said he “misspoke” after he declared during an October debate he wasn’t sure if he would vote for Geoff Diehl, the Republican Senate candidate.

Diehl is challenging progressive Sen. Elizabeth Warren, who is likely to win.

“I don’t know what I’m going to do yet with respect to that one. I’ll make my decision eventually,” Baker said during the debate.

Afterward, while speaking to reporters, Baker promised to “vote for the ticket” – including Diehl.

Lee Whitnum, a Democratic gubernatorial hopeful in Connecticut at the time, didn’t mind that she wasn’t invited to participate in an April forum. She attended anyway.

And when she wouldn’t leave the stage, law enforcement officials had to – quite literally – drag her off the stage.

“I am a declared Democratic candidate, and I have a right to be here,” Whitnum repeatedly said, even as she laid on the ground.

She was charged with second-degree breach of peace and simple trespass, WTIC-TV reported.

AM I REGISTERED TO VOTE? HOW TO CHECK AND SIGN UP BEFORE ELECTION DAY

“We invite people from all walks of life to participate in our Party and the electoral process. But based on Lee Whitnum’s behavior tonight, and based on her behavior in the past, it’s clear that Lee Whitnum should not hold elected office and does not represent the Democratic Party,” Connecticut Democratic Party Chairman Nick Balletto said in a statement.

Whitnum reportedly called Sen. Chris Murphy, another Democrat, a “whore” who “sells his soul” during a 2012 debate.

Republican gubernatorial hopeful John Cox drew boos when he said the state needs immigrants "who can pick the fruits and vegetables that have made California No. 1 in agriculture" during a town hall forum.  (AP Photo/Rich Pedroncelli)

John Cox, the GOP nominee for governor in California, raised eyebrows when he said the state needs immigrants “who can pick the fruits and vegetables that have made California No. 1 in agriculture.”

Cox made the remarks during a January gubernatorial town hall, according to the Sacramento Bee.

He sought to clarify his comments, saying he is not a “silver-throated politician.”

“And of course I recognize that legal immigrants are in all facets and contribute to all facets of our economy,” Cox said. “But we have to have the respect for law. It is absolutely irresponsible to foster a disrespect for the law.” 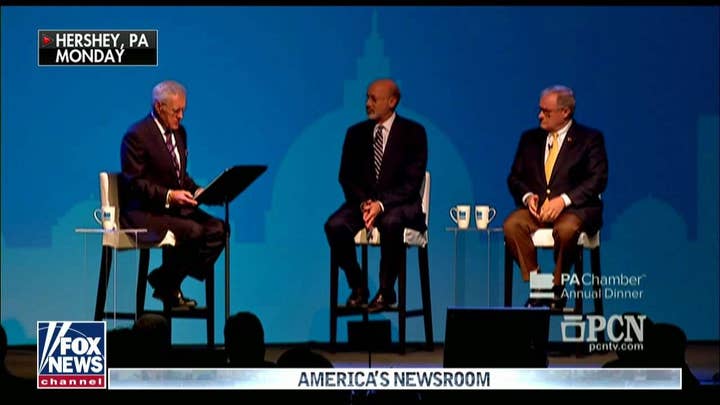 Trebek opened with a quip that the only thing less popular than the Pennsylvania legislature is the Catholic Church, eliciting boos from some in the audience, according to The Washington Post.

Those who watched the debate also complained that Trebek talked too much, not letting the candidates – incumbent Gov. Tom Wolf and Republican challenger Scott Wagner – speak much.

VOTER REGISTRATION DEADLINES FOR EACH STATE

Trebek later said he agreed to moderate the debate as long as it was okay that he did it in a “conversation” style, The Washington Post reported.

“What on earth was I thinking? My god, I’m not as bright as some of you people in the audience think I am,” Trebek said. “This is not a game show tonight. This is serious stuff. And I can’t begin to tell you how much agony and stress I have experienced over these many months because I accepted that invitation.”

Fox News has ranked the race between Wagner and Wolf as likely Democrat.