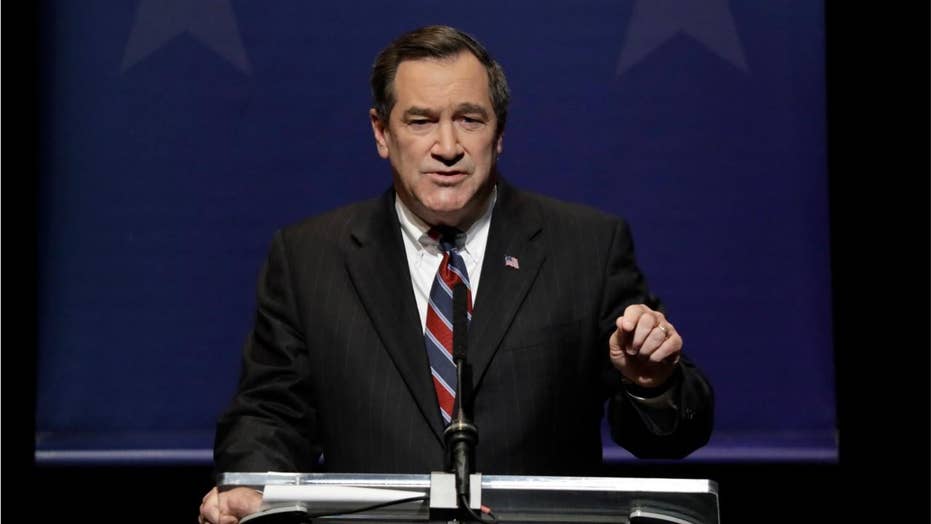 Sen. Joe Donnelly (D-IN) is taking heat over comments he made at a debate with his opponent Republican Mike Braun. What was meant as a compliment to his minority staffers came off awkwardly. He says he misspoke.

Indiana Sen. Joe Donnelly – one of the most vulnerable Democrats heading into next week’s midterm elections – is taking heat after awkwardly responding to a question during Tuesday night’s Senate debate with Republican Mike Braun by saying several of his staffers are great at their jobs even though they are minorities.

“Our state director is Indian American, but he does an amazing job,” Donnelly said during the debate. “Our director of all constituent services -- she’s African American, but she does an even more incredible job than you could ever imagine.”

Donnelly was immediately called out by Republicans for using the word “but” in describing the minority staffer’s talents.

“Holy cats. Watch this clip. I can’t believe how terrible this is,” said Josh Holmes, a Republican operative and former chief of staff to Senate Majority Leader Mitch McConnell.

Others argued the comments would be considered a big gaffe – if said by a Republican.

“Had it happened on the other side, I think it would be getting a lot more attention,” Braun said Wednesday on Fox News’ "The Daily Briefing with Dana Perino."

“Can we just be honest and say that if Mike Braun had said this it would be an issue but it won’t because Donnelly is a Dem?” Fox News contributor Lisa Boothe said.

In a statement to Fox News on Wednesday, Donnelly said he used the wrong conjunction.

"I misspoke, I meant to say ‘and’ instead of ‘but,’” Donnelly said. “That would have communicated what I have tried to do my entire life: that I make a habit to seek out and promote people of color for both my campaign and official staff.”

During Tuesday night’s debate, Donnelly said there needs to be a special focus on giving minorities opportunities.

“We want everybody to have a chance in Indiana, and in America,” Donnelly said. “And my offices reflect that, both on the campaign side and on the Senate side.”

He added, “It isn’t their race or their religion, it’s the incredible person that they are. But at the same time, they have to have a chance. They have to have an opportunity. And that’s my responsibility, and I’ve done it in every office I’ve had, and I’ve done it every campaign I’ve had, because my campaigns and our Senate office should reflect the face of Indiana.”

The Indiana Senate race is considered one of the most competitive; at least two recent polls have shown Braun slightly ahead. The Fox News Power Rankings lists Indiana as one of five “tossup” states. President Trump won the state with 57 percent of the vote in 2016.