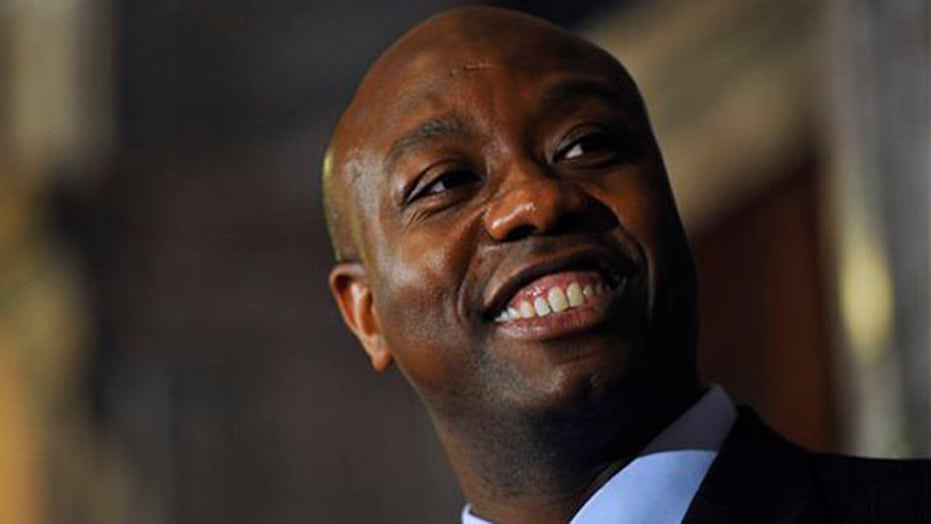 Washington – Incoming South Carolina senator Tim Scott told Fox News that a New York Times op-ed that called him a “token” of the Republican Party should not be taken seriously.

“I thought it was funny actually,” Scott told Fox News Thursday. “You can’t take that editorial seriously if you understand the record that South Carolina has had and the record of achievement that I have been fortunate enough to have in public office.”

On race, Republicans have found themselves between a rock and hard place. During the last election cycle, they were faulted for being out of touch with younger voters and minorities. They were even criticized on racial grounds for opposing U.N. Ambassador Susan Rice, who is black, when she was discussed as a possible secretary of state nominee.

But the party is occasionally criticized for elevating minorities -- most recently, when South Carolina Gov. Nikki Haley picked Scott, who is black, to replace outgoing Sen. Jim DeMint. University of Pennsylvania political professor Adolph Reed Jr., in his Times column, described the appointment as an empty gesture made to silence critics and not a genuine attempt to diversify the GOP.

"The trope of the black conservative has retained a man-bites-dog newsworthiness that is long past its shelf life. Clichés about fallen barriers are increasingly meaningless; symbols don't make for coherent policies," he wrote. "Republicans will not gain significant black support unless they take policy positions that advance black interests. No number of Tim Scotts -- or other cynical tokens -- will change that."

Reed pointed to Scott’s anti-tax, anti-union and anti-abortion views and claimed Scott’s stance isn’t in line with the majority of black voters.

When Scott is sworn-in in January, he will be the only black member of the Senate and the first black senator from the South since the late 1800s.

During Monday’s announcement, DeMint, 61, said he had been inspired by Scott after he hearing him speak at a public event.

“There is a way out of this quagmire we’ve got in Washington and you’ve got great ideas,” DeMint said to Scott during Monday’s event.