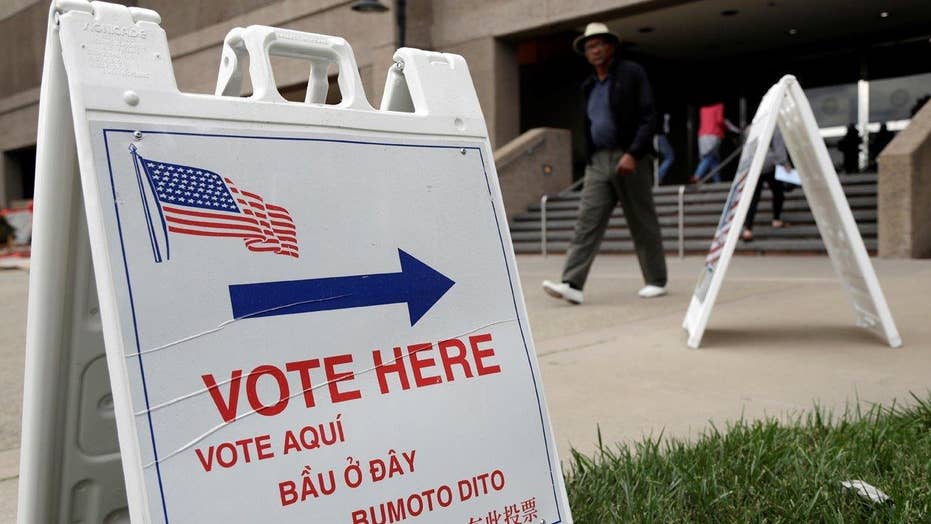 A rash of reports are emerging on social media from Texas residents who claim machines have switched their votes from Donald Trump to Hillary Clinton – though local officials are pushing back and saying many of these incidents are due to human error.

Early voting began Monday in the Lone Star State, and almost immediately reports began trickling in of votes being changed. The controversy began when Lisa Houlette, a Texas resident in Randall County, posted her story on Facebook.

Arlington resident Shandy Clarke said a similar thing had happened to a family member who went to vote Republican Monday.

But Randall County’s Election Administrator Shannon Lackey told FoxNews.com that these sort of claims occur every election cycle and that there is nothing wrong with the machines. She believes such incidents can be chalked up to human error.

“Our machines are state and federally certified. We do three logic and accuracy tests, which were done before military voting started in September,” she said.

Lackey said her office is dedicated to impartiality and fairness, and she even chose not to vote in the state’s primaries so there could be no accusations of bias. She also noted that at repeated points in the voting process, users see where their vote will be cast, and they can change it at any point.

“I also have instructed all early voting workers, if a voter is uncomfortable that they are to cancel the ballot immediately, and let the voter cast again, and choose the machine of their choice. They can even get the clerk to act as a witness,” she said.

Neighboring Potter County Judge Nancy Tanner released a statement Tuesday claiming there is nothing wrong with the machines.

Still, she referenced “one incident in Randall County where a voter voted straight ticket and when they hit the vote button, it flipped parties.” Tanner maintained that the machine was checked and there was nothing wrong with it.

In Collin County, elections official Bruce Sherbet told The Dallas Morning News that there were complaints, but they were called in after the voters had left the polling place, and so it was not possible to determine what had happened.

Officials did acknowledge one minor software issue in Chamber County, when officials temporarily moved to paper ballots Monday after a glitch was found in machines.

12NewsNow reported that an error caused votes for one appeals court race not to be entered when a voter tried to vote for a straight-party ticket. That glitch has since been fixed, and there was no indication the error favored one party over another.

Meanwhile in North Carolina, WFMY reported that there had been "a smattering" of complaints about machines wrongly indentifying voter choices, but those ballots were corrected before being cast.

Yet some conservatives have seized on the claims as proof the voting system is rigged.

“You see the garbage that goes on and it has to stop,” Eric Trump, son of Republican candidate Donald Trump, told Fox & Friends Wednesday when asked about the situation in Texas. “We have to get it right, we’re better than that as a country.”

A new American Values Survey, reported by The Washington Examiner, found that just 4 in 10 voters are very confident their vote will be counted accurately. Donald Trump has repeatedly asserted that he fears the vote will be “rigged” and has held back from promising to accept the election results, telling Fox News’ Chris Wallace at the third presidential debate: “I will keep you in suspense.”