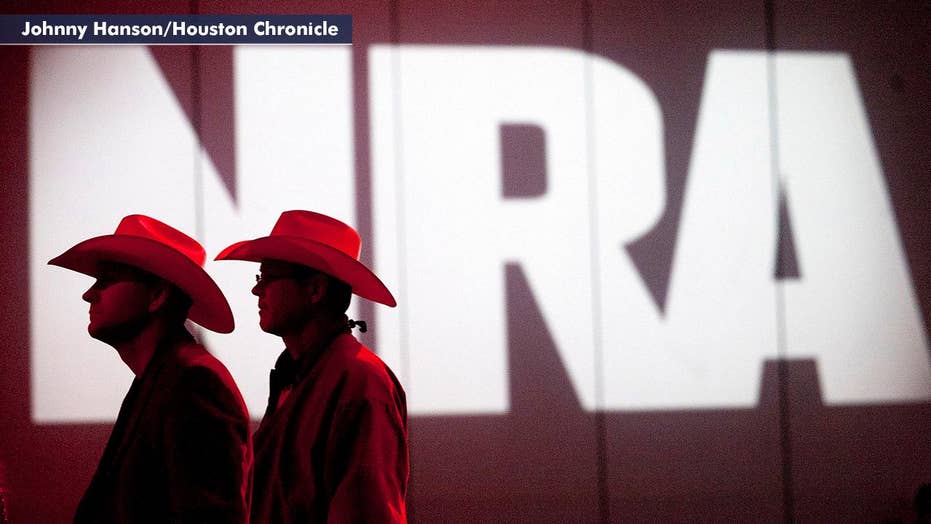 The NRA says the law would force supporters to drop their memberships for fear of losing their livelihoods; Jonathan Hunt reports from Los Angeles.

A Texas gun storage safety measure added to a massive spending bill sets up a political test for Gov. Greg Abbott as the legislation heads to his desk, The Associated Press reported.

The $1 million measure was added late Sunday by budget negotiators -- most of whom are Republicans. The bill was approved Sunday night by the GOP-controlled legislature.

The campaign for safe home gun storage, just one part of the much broader $250 billion state budget, was fiercely opposed by the National Rifle Association (NRA) and gun-rights activists.

It would instruct three state government departments to do more to prevent gun-related accidents, KXAN reported.

Abbott, a Republican who has line-item veto power in regard to the budget, must decide whether to nix the measure or ignore pressure from some gun rights groups and approve it.

Representatives for Abbott did not immediately return Fox News' requests for comment.

Abbott has said he would support promoting gun safety. Still, the NRA and some gun rights advocates have opposed stiffer penalties for negligent gun storage, as well as "red flag" laws to keep guns away from people deemed dangerous to themselves or others.

After the 2018 Santa Fe High School shooting near Houston, the governor's gun law proposals said he wanted to "to encourage the millions of law abiding, gun-owning Texans to embrace their personal responsibility for gun safety."

Both critics and supporters of the measure have been vocal in recent months.

In a March committee hearing, the NRA's Tara Mica said that the Virginia-based organization already has materials "developed in a manner where the message is delivered to firearm owners is not biased, not rhetoric," as KXAN reported.

Gyl Switzer, executive director of Texas Gun Sense, said Monday she had "full confidence that the governor will look at it hard and will realize it's all about saving lives. I hope there is no one discouraging him,"

Alice Tripp, legislative director and lobbyist for the Texas State Rifle Association, said the group still opposed the program but wouldn't ask for a veto.

"We don't do that. Gov. Abbott does not need that kind of advice from us. We bring information to the table," Tripp said. "If he calls me, I would tell him that."