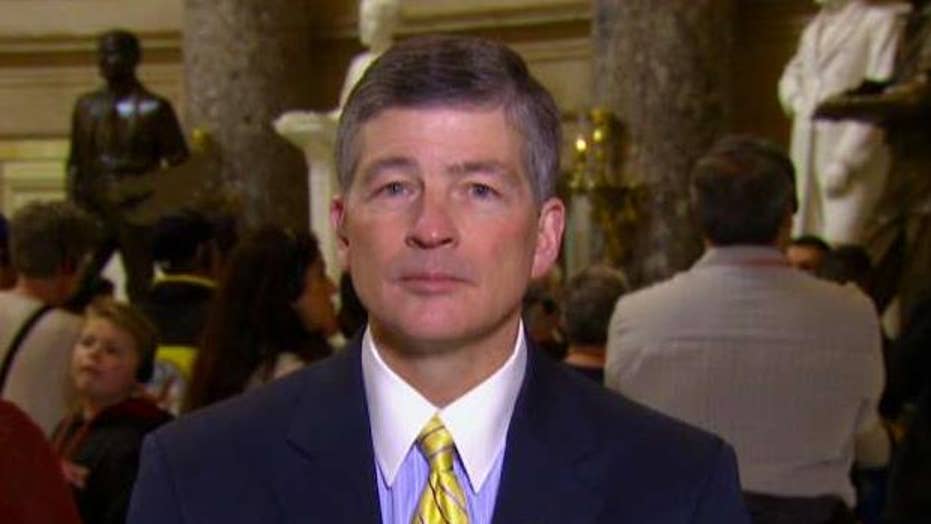 Rep. Jeb Hensarling: Obamacare is collapsing in front of us

Texas Republican Rep. Jeb Hensarling, a conservative stalwart, said Tuesday that he will not seek re-election next year.

“Although service in Congress remains the greatest privilege of my life, I never intended to make it a lifetime commitment,” Hensarling said. “And I have already stayed far longer than I had originally planned.”

The 60-year-old Hensarling, chairman of the House Financial Services Committee, in his eight-terms has avoided efforts by fellow conservatives to recruit him to run for House leadership.

The former business executive was in 2006 elected chairman of the chamber’s conservative-leaning Republican Study Committee.

Hensarling, in his open resignation letter, expressed a desire to spend more time with his two teenaged daughters before they go out in the world.

“I know there are only a few years left before they leave and make their own way in life,” he said. “I want to be there for those years.”

Hensarling also said he wanted to announce his retirement now to give House Republican leadership time to find a new chairman for the Financial Services committee.

His departure will also create challenges for Republicans to retain his seat next year as Democrats try to retake control of the House.

“Jeb Hensarling has been a tremendous public servant for the people of Texas,"said Steve Stivers, chairman of the National Republican Congressional Committee, whose primary duty is to get Republicans elected and re-elected to the House. “Jeb’s strong grasp of policy and his strong conservative principles have been an invaluable asset to the Republican Conference.”

House Speaker Paul Ryan, R-Wis., said: “I want to thank Jeb for his service to this country. He is a true constitutional conservative.”

News' Chad Pergram and Joseph Weber contributed to this report.