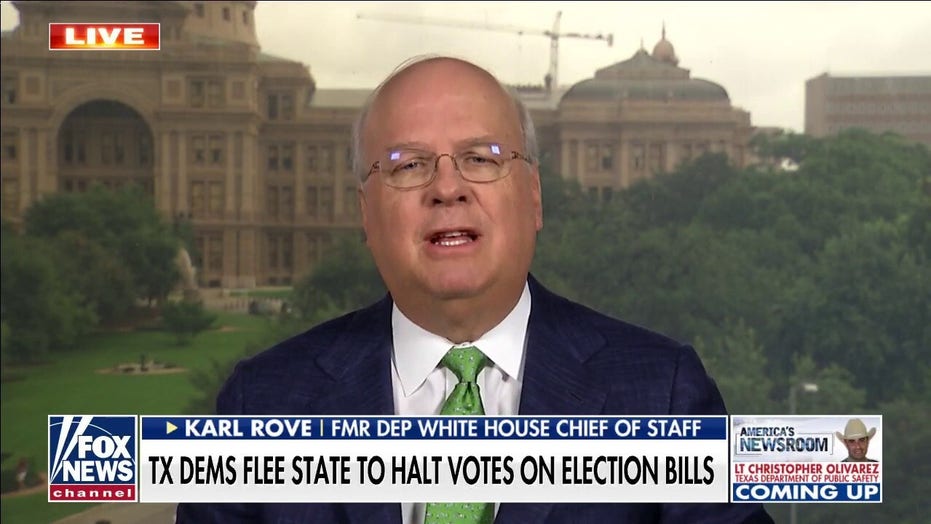 Democratic Texas state lawmakers walked out on a special session of the legislature, but while they left work to prevent passage of a voting reform law they are still getting paid as if they were there.

State representatives collect not just a salary for their jobs, but a $221 per diem for days that the legislature is in session. A spokesperson for Gov. Greg Abbott's office told Fox News that the Democrats who walked out and flew to Washington, D.C., to speak out against the voting bill are still receiving that daily stipend.

"[Zero] state dollars or taxpayer dollars are going into this work," Cara Santuccci, communications and strategy director for the Texas Democratic Caucus, had told Fox News on Tuesday.

Caucus chair Rep. Chris Turner justified the payment when asked if he or his colleagues would be forfeiting any of their pay since they were not in Texas working on legislation.

"We're working harder doing what we’re doing right now than we would be if we had stayed in the chamber," Turner said.

Democratic state Rep. James Talarico tweeted Monday about the "sacrifice" he and his colleagues made, claiming that they had "left behind our families, our livelihoods," and Texas itself.  U.S. Rep. Dan Crenshaw, R-Texas, said Talarico and the other Democrats were "delusional" for thinking that.

"Hard to imagine a more delusional group of people – thinking that lying about these bills, hopping on a chartered flight, sipping beer, and skipping work is 'sacrifice,'" Crenshaw tweeted. "You guys are pathetic. Totally pathetic."