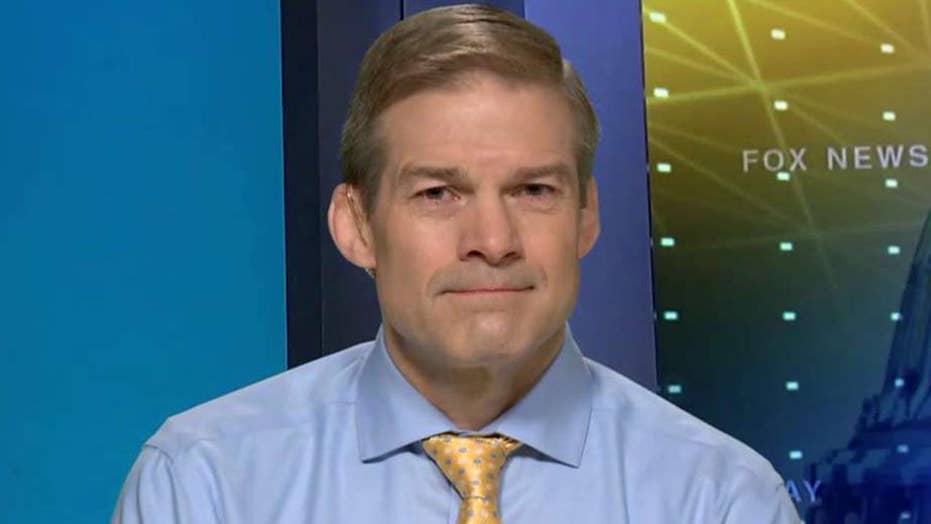 Ohio Republican Jim Jordan on whether the bipartisan budget deal took the teeth out of his hardline House Freedom Caucus.

“This was not consistent with what the American people elected us to do,” Jordan, R-Ohio, told “Fox News Sunday” two days after Congress passed the two-year deal that includes roughly $400 billion in new spending for the Pentagon and disaster relief and extends several health-care provisions, but also increases the federal deficit to $1.2 trillion by 2019.

Paul, the Kentucky Republican whose opposition to the bipartisan budget deal forced a temporary government shutdown overnight Friday, said Sunday that Republicans who voted like he did for the recent tax cuts should have voted for spending cuts -- to offset the loss in federal revenue from the cuts and to hold down the deficit.

"I voted for the tax cuts and I voted for spending cuts,” Paul told CBS’ “Face the Nation.”

Paul, elected to the Senate during the anti-tax, 2010 Tea Party wave, also suggested those who voted for the recent tax cuts and spending increases are “not serious about the debt.”

"I'm still against deficit spending,” he said. “Just because Republicans are doing it, it doesn't make it any better."

The Tea Party-backed Jordan, who is also a member of the fiscally conservative House Freedom Caucus, argued Sunday that they were “poised to win” earlier this month in negotiations with Senate Democrats over a deal involving spending and immigration reforms.

But fiscal conservatives ultimately failed, he suggested, because the budget deal included Democrats’ demands for increases in domestic spending.

“They gave in to the Democrats,” Jordan said about Republican leaders of the GOP-controlled Congress. “We're going to have to fight harder now as the Freedom Caucus and conservatives to get things back on track …. People have been trying to write off the Freedom Caucus since the last election.”

Jordan also acknowledged that he puts much of the blame on House Speaker Paul Ryan, whose chamber initiates spending bills.

“The person most responsible for the spending bill is the speaker of the House. He could have stood firm for the position that we passed earlier in the week,” Jordan said. “So, do I think the speaker has problems? Yes I do. … There are big concerns because he just presided over one of the biggest spending increases in the history of this country.”

Still, Jordan deferred on whether now is time to talk about replacing Ryan, considering the immigration debate in Congress starts in full swing this week and the speaker has “promised” House conservatives that their preferred proposal, sponsored by Virginia GOP Rep. Bob Goodlatte, would get a full floor vote.

The bill by Goodlatte, chairman of the House Judiciary Committee, appears to match all of President Trump’s requirements -- a legislative solution to the Obama-era Deferred Action for Childhood Arrivals program that protects hundreds of thousands of immigrants brought into the U.S. illegally as children; border security funding; changes to so-called “chain migration” that allows people to bring extended family into the country and changing a federal immigration program from lottery-based to merit-based.

However, Republican congressional leaders are concerned that the bill will have little chance of passing in the Senate, where Republicans would need support from at least nine chamber Democrats to get the minimum 60 votes for passage.

“The Freedom Caucus is going to be in the middle of that,” Jordan said.