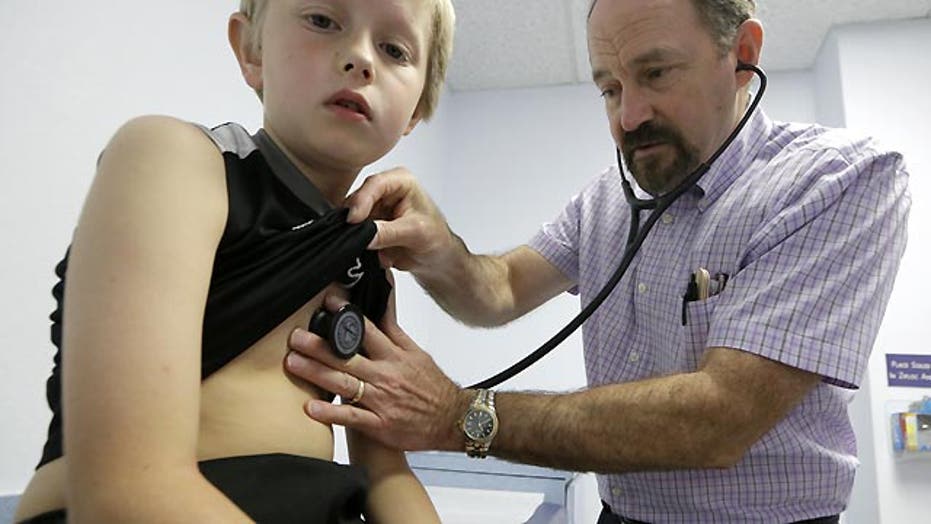 One of the most-onerous votes in recent years on Capitol Hill is the so-called “doc fix.” That’s the patch Congress re-ups periodically to make sure that seniors on Medicare continue to receive medical care.

If Congress doesn’t cough up a chunk of change for the doc fix, doctors who treat Medicare recipients could experience an abrupt 21 percent reduction in their federal reimbursement – and would likely stop taking those patients.

In late March, the House approved a permanent replacement for the doc fix.

A solution has eluded lawmakers for years.

In fact lawmakers tinkered with this particular Medicare payment method some 17 times since 1997. That’s when the amount of money the federal government had available to pay doctors started to dip into the red. So in order to make sure physicians were paid and seniors didn’t lose benefits, Congress engineered a short-term --but expensive-- Band-Aid to cover the difference.

Hence the name, the “doc fix.”

The House adopted the new plan more than two weeks ago. The Senate is poised to consider the plan in the next few days. But this isn’t pretty. The doc fix costs more than $200 billion. $141 billion of that is unpaid for over 11 years. This explodes the deficit and drives budget hawks crazy.

The doc fix exemplifies why Congress constantly struggles to lower the national debt. Most of the money the federal government spends go toward entitlements, such as Medicare. Fiscal conservatives want to slash spending, but they don’t want to reduce benefits like Medicare for seniors. In fiscal year 2013, the federal government spent just over $2 trillion on entitlements out of a grand total of $3.4 trillion for all programs. That amounts to nearly 60 cents of every dollar. And if that’s the biggest driver of the debt and Congress is loathe to cut those benefits, then the debt is never going to shrink.