Howard Kurtz: Why the Media can’t resist Pete Buttigieg and his husband

Beto O'Rourke and his Vanity Fair cover are already old news. Now Pete Buttigieg is on the cover of Time.

More precisely, Pete Buttigieg and his husband are on the cover of Time.

That captures the cultural zeitgeist, the media's utter fascination with this small-town mayor, and the way in which the press elevates a chosen few among the Democratic candidates.

By contrast, Joe Biden, who endured weeks of negative press before instantly becoming the front-runner, is being dogged by an old conflict-of-interest story involving his son that has suddenly been brought back to life.

While the former vice president is obviously a war horse, the mayor of South Bend is the epitome of the kind of fresh face who fascinates the press. And it's worth noting that Time seems to love liberals. While the magazine has run a long series of harshly anti-Trump covers, it recently gave cover status to an upbeat profile of Alexandria Ocasio-Cortez.

The double-entendre headline, for Pete and Chasten Buttigieg, is "First Family." 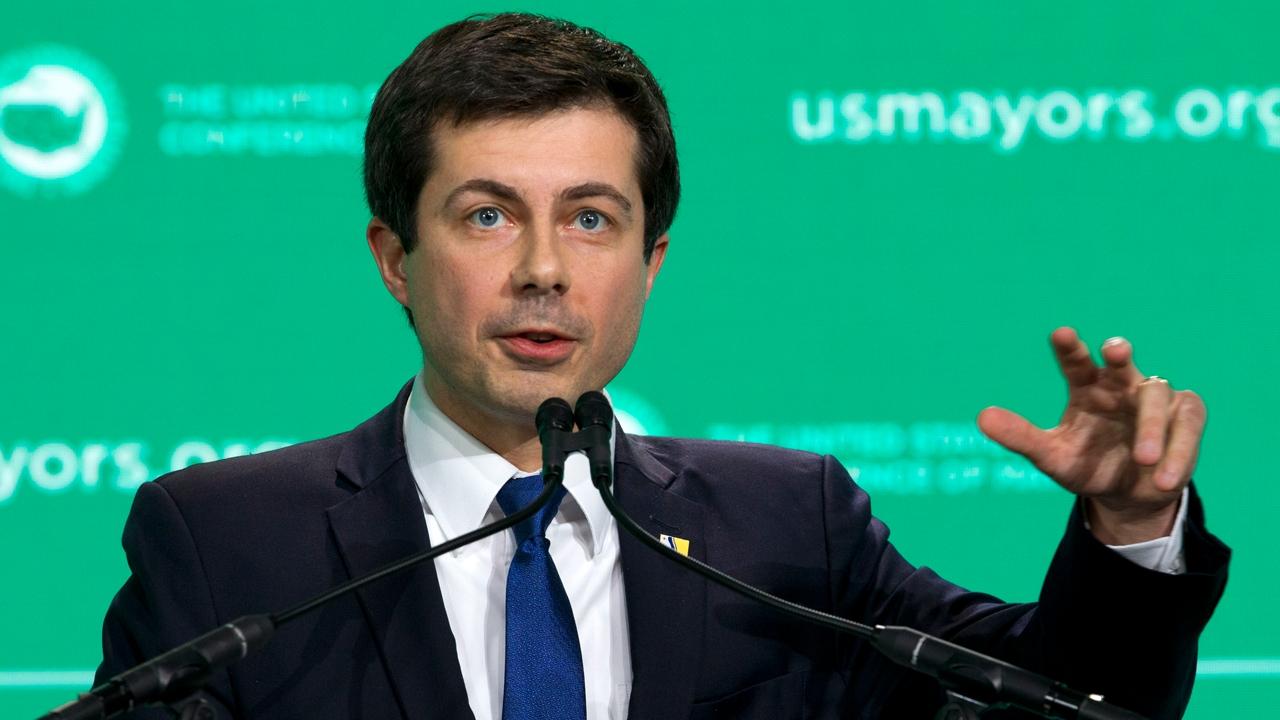 And the tone is generally admiring of the Rhodes scholar and Afghan war vet who improbably surged into third place in some Democratic polls:

"Four years after the U.S. Supreme Court affirmed his right to marry, Buttigieg has become the first openly gay person to make a serious bid for the presidency ... to some Americans, Buttigieg may just be the man to vanquish America's demons. Many Democrats are hungry for generational change, and the two front runners are more than twice his age."

That's the general tone, that the guy's pretty amazing. (He speaks eight languages!) "Buttigieg is a master of redefinition, a translator for a party that has found it increasingly difficult to speak to the voters who elected President Donald Trump."

The Time coup is a payoff for the strategy of his communications adviser, Lis Smith, who recently told Politico she wants to put him on everything. Buttigieg's frequent interviews (including an upcoming town hall on Fox) is part of what's driving his media popularity (along with the fact he's handled himself well).

Time has the inevitable to-be-sure paragraph:

"His youth is appealing to many voters, but it also means he's green. The idea of electing the first gay President thrills liberals, but it also rallies opponents. As a white man, Buttigieg may appeal to more traditional voters, yet women and voters of color are the heart of the Democratic coalition. He's running as a healer, not a fighter, at a moment when the party seems to be in a fighting mood."

Meanwhile, the Washington Post Style section ran this profile yesterday: "Chasten Buttigieg has been a homeless community-college student and a Starbucks barista. Now, he could be 'first gentleman.'"

Brief excerpt: "He's not shy about sharing the weird side of campaign fame. Chasten's humor and openness have been his defining features since the national spotlight found him and 'Mayor Pete' earlier this year. It has made him a force on Twitter, where he has more than 300,000 followers, and a not-so-secret public-relations weapon for his husband."

There have been enough puffy profiles of potential first ladies that this doesn't give me any pause. But it shows you what kind of roll the South Bend star is on.

Meanwhile, The New York Times published a Biden story yesterday that says he faces conflict-of-interest allegations involving his son, Hunter, who sat on the board of a Ukranian energy company controlled by an oligarch while his dad was VP.

In 2016, Joe Biden publicly threatened to pull $1 billion in federal loan guarantees if Ukraine's leaders failed to fire the country's top prosecutor, who was accused of being soft on corruption. Hunter Biden's energy company was in the sights of the prosecutor who was in fact ousted. 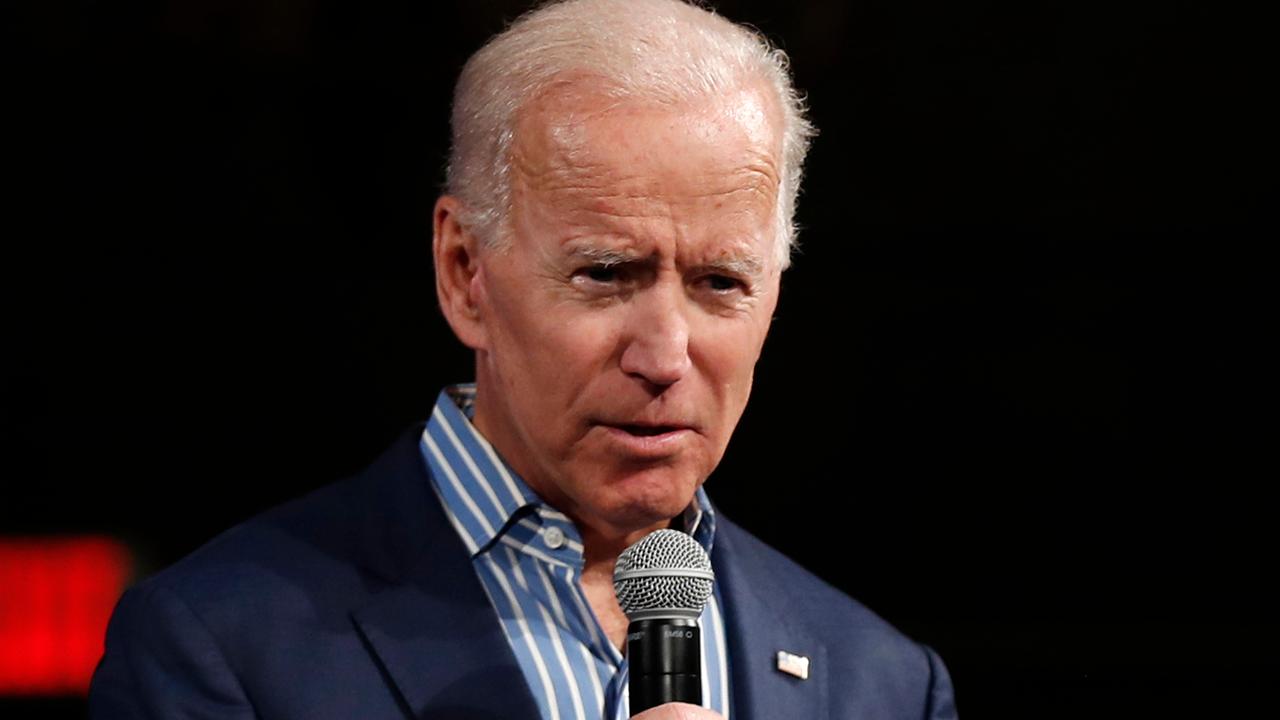 Former Secretary of Education Dr. Bill Bennett says the former vice president should be pressed on why he is taking a 'soft stance' on China after his son Hunter received $1 billion from the Bank of China.

But here's the interesting thing: the Times story said "the broad outlines of how the Bidens' roles intersected in Ukraine have been known for some time." In fact, the New York Times covered the story back in 2016.

However, the Times said "new details have emerged," including Ukraine reopening the probe of the energy giant.

But The Hill's John Solomon reported many of the new details a month ago, as the piece later concedes in saying "the Trump team's efforts to draw attention to the Bidens' work in Ukraine" is "already yielding coverage in conservative media."

Fair enough, but the fact is the Times is running a front-page piece now, given Biden's surge in the polls. So either it's a story or it's not, regardless of partisans pushing it.

Here's a telling footnote. The print story is quite fairly headlined "For Biden, A Ukraine Matter That Won't Go Away."

And the online headline? "Biden Faces Conflict of Interest Questions That Are Being Promoted By Trump and Allies."